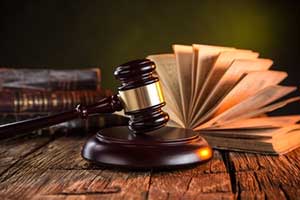 Enacted in 1938, the Fair Labor Standards Act (FLSA) establishes minimum wage, youth employment standards, overtime pay, and recordkeeping. Most jobs in the U.S. are governed by the FLSA which helps create a fair working environment for all. Unfortunately, not all employers abide by this act, resulting in violations. Here’s a look at some of the most common employer violations of the FLSA and how to recognize if an employer is taking advantage of you in violation of the Act.

1. Improperly Classifying an Employee as Exempt

Exempt employees are excluded from minimum wage, overtime pay requirements, and various other protections and rights given to nonexempt workers. Some jobs are excluded from the FLSA, such as many types of agriculture workers. Other types of workers, such as truck drivers, are governed by their own set of laws. To be an exempt employee, you must be paid a minimum of $23,600 annually (or $455 weekly), have a salary, and perform exempt job duties, such as executive, professional, or administrative tasks. If you don’t meet these qualifications and your employer has classified you as exempt, he or she is violating FLSA regulations.

2. Claiming that Overtime Work Was Voluntary

FLSA violations can occur when an employee claims that his or her employee worked overtime “voluntarily”. However, the FLSA does not recognize any job-related activities as “voluntary” or “off-the-clock” work. Compensable job-related activities may include taking work home, working through lunch, making or receiving job-related phone calls while at home, working before or after scheduled shifts, or taking care of work equipment. The law states that if an employee is working, he or she must be paid for that work.

3. Docking Hours of an Exempt Employee

If you are an exempt employee, you must be paid a predetermined amount every pay period. This amount does not fluctuate based on the number of hours worked. Some employers may try to dock an exempt employee’s pay after a partial or full day absence due to situations like jury duty. This is a strict violation of the FLSA. Docking the pay of an exempt employee is only permissible in certain situations. This can occur if an employee is absent for one or more full days for personal reasons. If the employer has a plan that compensates for lost salary, pay may be docked due to a sickness or disability. Other eligible reasons for docking pay include to offset the amount the employee receives from witness fees, jury duty, or military pay, or to impose a penalty of good faith for violating a safety rule. Pay can also be docked for unpaid disciplinary suspensions for one or more full days, for unpaid leave under the Family and Medical Leave Act, and during the first or final week of employment if the employee fails to work the full week.

4. Failing to Pay for All Time Spent Working 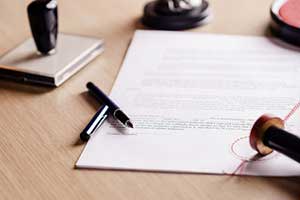 Failing to pay for all time spent working is one of the most common FLSA violations. If you’re a nonexempt employee, you must be paid for all hours you’ve worked. Work hours may include traditional work time, breaks (between five and 20 minutes) if offered, on-call time (if an employee is required to remain on company premises), time spent traveling while on business, and training time (unless the training is voluntary, non-job related, or occurs outside normal hours). Time spent at home performing certain job-related duties, such as responding to work emails or phone calls, must also be paid.

An independent contractor, or self-employed person, differs from a regular employee. One of the main differences between the two is that an employee is on the payroll and receives a steady paycheck. A contractor may be paid differently, usually by the job. Contractors also have more control over when and where they work, unlike employees who may have to be in the office for a fixed period of time. Contractors may also use their own tools and equipment, unlike employees who should have all of their materials provided by their employer. If you have been misclassified as a contractor instead of an employee, there may be a violation of the FLSA.

Having proper records in place is critical for all employers. The FLSA also requires that certain records pertaining to wages and hours worked be kept for all non-exempt employees for at least a three year period. This includes the total hours worked each workday and workweek, daily and weekly earnings, total overtime paid, total wages paid, deductions or additions from wages, and the date of payment for each pay period. Neglecting to keep these records is one of many FLSA violations.

Employers must not only adhere to federal laws, but also state labor laws. In some states, minimum wage is higher than the federal minimum wage. In most cases, the higher of the two must be followed by the employer. Workers who are covered by the federal wage law are entitled to at least the federal minimum wage, which is $7.25 an hour as of 2016. Employers should also verify with state laws before classifying an employee as exempt, as certain state regulations may change an employee’s status. Minimum wage and overtime pay does not apply to public sector employees, farm workers, and exempt employees.

Non-compliance of the Fair Labor Standards Act can be costly to employers. Most businesses are bound by the FLSA, and a majority of workers are protected by the law. Unfortunately, thousands of employers commit FLSA violations each year. Penalties for FLSA violations may include hefty fines and possible imprisonment for further violations. If you’re being disadvantaged or harmed by a FLSA violation in your workplace, you have options. Contact an employment law attorney to discuss your case and learn more about your rights. Having an experienced attorney on your side can provide you with peace of mind as you seek damages.