Out of all the cases that the United States Supreme Court has adjudicated over the years, many of those cases have had a great historical and cultural impact. Supreme Court decisions set a precedent for how courts should respond to similar cases in the years-or even centuries-to come.

Many of these landmark cases have served to define the individual rights. The following seven cases represent just a sample of the countless times that the Supreme Court has made a lasting decision to preserve the freedom and protection of the people.

Brown v. Board of Education 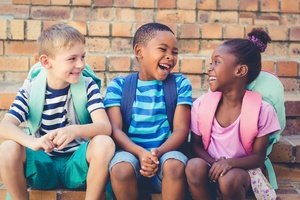 The first of these landmark individual rights cases is Brown v. Board of Education, which occurred in 1954 and rejected the idea that schools could be segregated by race. The judges decided that, in contrast to the idea of “separate but equal” in Plessy v. Ferguson, it is impossible for separate schools to be equal. This means that segregated schools were violating the Equal Protection Clause of the Fourteenth Amendment.

This case was instrumental in beginning integration and civil rights activism nationwide, as well as helping to protect the right of every child to an equally good education.

This case, which happened in 1963, solidified every person’s right to a lawyer if they must face trial. If the defendant is unable to hire a lawyer, they must be provided one for free. In their unanimous decision, the Supreme Court ruled that, even in state courts, everyone deserves legal counsel, as per the Sixth Amendment. To this day, the right to a lawyer is reasserted every time an officer recites a person’s Miranda rights-outlined in the next case. 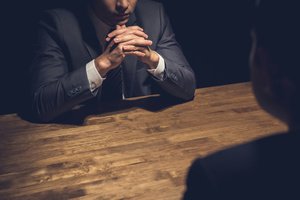 This 1966 case is responsible for the “Miranda warnings,” which are the rights a police officer must tell a person in custody before an interrogation; officers must comply with this mandate to offer the Miranda warning in order for the information from a person to be usable in court. This case arose after a man confessed to several crimes without being aware that silence and assistance were options.

The Supreme Court, citing the Fifth and Sixth Amendments, ruled that every person has the right to remain silent and the right to an attorney. If this right is violated, nothing the accused has said can serve as evidence in their trial. However, some controversy has arisen lately surrounding whether the Miranda rights will continue to be a mandatory part of the arrest process, or whether those to whom the rights are not read will have legal recourse.

This is one of many cases relating to the First Amendment, specifically freedom of speech. This case occurred in 1969, when two students were banned from wearing black armbands at school to protest the war.

The Supreme Court’s ruling was twofold: first, the rights of students as granted by the Constitution are preserved even when at school; and second, the only time those rights could be contested is if they were causing a disturbance in the school’s activities. While some dispute still occurs from time to time about similar conduct in today’s schools, this case remains a beacon of guidance for how to respond.

This case from 1973 addressed the question of whether laws preventing abortion were constitutional. The ruling held that the only restraints on abortion could be placed near the end of the pregnancy. This case served to uphold a woman’s right to privacy. Roe v. Wade was overturned by the Supreme Court in 2022, and both state and federal organizations are still responding to this change-many of whom continue to abide by the Roe v. Wade ruling. 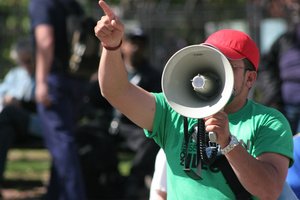 This is another Supreme Court case that protects a person’s right to free speech. In 1989, a man publicly burned an American flag in protest and was subsequently arrested.

The court ruled that such an action counts as symbolic speech, which falls under the umbrella of the First Amendment, and that any kind of speech, even if it is offensive, is defended by the Constitution.

Mapp v. Ohio, which happened in 1961, held that evidence obtained without a warrant does not follow the protection from unreasonable search and seizure, and that such material can therefore not be used in court. Because of this, people’s rights to correct legal proceedings and privacy are protected in state courts.

An Individual Rights Violation Is a Legal Matter

If you believe that your individual rights have been violated, you may have legal options. The attorneys at The Brown Firm would be happy to help you understand your rights and potential legal recourse. Reach out to learn more or to schedule a consultation to get started.