› Uncategorized › All About the Virginia Minimum Wage 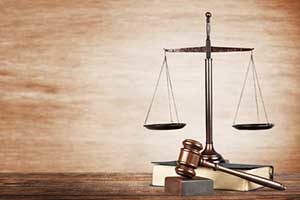 Minimum wage laws are in place to prohibit employers from hiring workers for less than a set minimum wage at an hourly, daily or monthly level. As of 2017, the minimum wage in Virginia is $7.25 per hour. The federal law that regulates wages and hours is known as the Fair Labor Standards Act (FLSA). In Virginia, the major state law that governs pay day requirements is known as the Virginia Minimum Wage Act. These laws regulate how many hours employees are required to work, how much workers must be paid, and what rules apply to underage workers. Learn more about minimum wage laws at federal and state levels and the repercussions for employers who break these laws.

Virginia does not have an overtime labor law of its own, but does follow federal laws pertaining to overtime hours worked. Federal laws state that employers must pay employees’ time and a half their normal hourly pay rate when employees work more than 40 hours in a given week. However, there are some exceptions. Under the federal law, an employer does not necessarily have to pay time and a half to employees who work weekends or holidays.

Employers may face certain repercussions if they fail to follow federal and state minimum wage laws. FLSA violations may result in an employee recovering back pay for time worked as well as liquidated damages, a penalty that is equal to the amount of the back pay. Wage and hour violations are typically enforced by the Department of Labor or by an employee’s private lawsuit. There are a number of ways that the FLSA may recover unpaid minimum wage or overtime wages, including:

Employers who intentionally or unintentionally commit FLSA violations may also face financial penalties. An employer who is found guilty of committing FLSA violations may be forced to pay penalties of up to $1,100 for each repeated violation of minimum wage or overtime laws. Employment laws also prohibit discriminating against or discharging workers who file complaints or participate in proceedings under the Act.

Violators of wage and hour laws could also face jail time. However, under the FLSA, imprisonment could not be levied until an employer’s second offense. A person can also only be imprisoned under the FLSA if he or she is found to have deliberately, intentionally, and voluntarily disregarded minimum wage and hour requirements under the law. However, there are stringent time limits in which wage and hour violations claims must be filed. Under Virginia law, you must file your wage claim within three years of the date in which your wages were due if you wish for the Department of Labor to represent you.

If you do not receive the wages you are entitled to or if you are a victim of illegally low wages, you may be able to seek recourse with the help of an employment attorney. Whether you are found to be a victim of shorted hours, unlawful deductions, or wage theft, you have rights as an employee under federal and state minimum wage laws. Start by bringing the problem to your employer’s attention. If this is a first time occurrence, it may simply be a mistake that will be quickly remedied after talking to your employer. If this is an ongoing issue, you will want an employment attorney to act on your behalf.