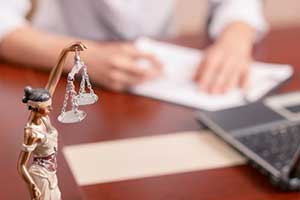 Since its enactment in 1990, the Americans with Disabilities Act has experienced a number of updates that have made significant changes to its interpretation. The civil rights law is put in place to prohibit discrimination against individuals with disabilities in nearly all areas of public life, including transportation, schools, jobs, and establishments open to the general public. The primary purpose of the law is to ensure that people with disabilities continue to have the same opportunities and rights as everyone else. Here is a look at just a few of the changes in recent months relating to the ADA.

Under the Americans with Disabilities Act, businesses must make physical accommodations to meet the unique needs of disabled individuals. While accommodations such as wheelchair ramps and automatic door openers have been used for decades, new accommodations are being enforced to aid disabled individuals in the modern age. Under the law, websites need to be accessible in the same way that ATMs, terminals, and elevators offer options like Braille. In addition, your website must be accessible on all devices, including desktops, laptops, and mobile phones. Audio scanners, text readers, and similar tools allow individuals who are blind, deaf, or have similar disabilities use your website.

According to a news report published on MD Magazine, there has been an uptick in private lawsuits and enforcement actions by the Department of Justice due to websites not being ADA compliant. Among the complaints were issues such as a lack of screen reader technology. On June 13th of this year, a Florida judge issued the very first website compliancy verdict against the popular grocery chain Winn Dixie for having a site that could not be used by blind individuals. Just two days later retailer Hobby Lobby suffered the same fate, followed by restaurants representing Five Guys’ and retailer Blick’s.

The current political climate has left the Americans with Disabilities Act on shaky ground. Recently, a new bill has been making its way through Congress that could essentially lessen protections against discrimination. Known as the ADA Education and Reform Act of 2017, the bill would amend and weaken the ADA of 1990, making it easier for businesses to ignore the disability law. Under Title III of the ADA, individuals with disabilities have the right to file lawsuits against businesses that do not provide reasonable accommodations. The ADA Education and Reform Act stands to prevent attempts to enforce this right.

Under this new law, anyone seeking to file a lawsuit under the ADA will first have to provide the business owner with written notice of the violation of law. In this notice they must cite specific details regarding provisions of the statue and how they apply to the specific case. Within 60 days, the business owner must have acknowledged the violation and within 120 days, they must have made substantial progress towards rectifying it. According to The Guardian, activists have been urging Democrats to reject the bill, while disabled persons refer to the legislation as “offensive” and a move that could possible “segregate the disabled community.”

In early November, American Airlines and an affiliate, Envoy Air, settled a disability discrimination case that focused on how and when disabled workers could return to their job after disability leave. According to the Phoenix Business Journal, the settlement with the Equal Employment Opportunity Commission (EEOC) came to $9.8 million in American stock, or $14 million if cashed on November 20th. The disability suit first came to light after the airline fired or put disabled workers on unpaid leave instead of providing them with an opportunity to get reassigned.

With the settlement being broadcasted by major news anchors, more and more businesses are learning a valuable lesson. The settlement blaringly demonstrates the need for employers to create and maintain good ADA policies. These policies should provide individuals who return from disability a chance for reassignment without competition. Both American and Envoy agreed to adopt new policies to accommodate disabled workers. The airlines also discussed providing mandatory ADA training to their employees. Other companies in various business sectors are also facing legal charges by the EEOC due to ADA violations. These businesses are taking the necessary steps to create policies that treat employees returning from disability leave fairly.

Another recent issue that has made the headlines is the crackdown of fake service dogs by many states. The increasing quantity of fake service dogs has made it more difficult for the disabled as the imposters give the qualified dogs a bad name. Fake service dogs are essentially untrained pets that sport vests or tags purchased online. These dogs have no formal training like certified service dogs used by people with disabilities. At least 20 states have laws in place to prevent the false representation of service dogs.

The Americans with Disabilities Act describes a service dog as a dog that is trained one-on-one to perform certain duties for a person with a disability. This can mean a variety of disabilities, such as guiding a person who is blind or calming a person with PTSD. Under the ADA, emotional and therapy support dogs are not considered service animals. According to The Kansas City Star, under federal law you cannot even ask if an animal is a certified service dog. There is essentially an honor system in place that does not properly distinguish the fakers from the real deal.

People with disabilities have the right to be protected from discrimination based on their disabilities in all aspects of life. Unfortunately, not all businesses follow the laws outlined in the Americans with Disabilities Act. If you have suffered wrongful termination due to a disability, or have dealt with discrimination in some other form, you need an ADA attorney who will have your best interests at heart. The Brown Firm in Alexandria, VA offers comprehensive legal services to disabled workers who have been discriminated against by an employer. Contact our office today to discuss your case, evaluate your options, and schedule a consultation with our experienced ADA attorney.