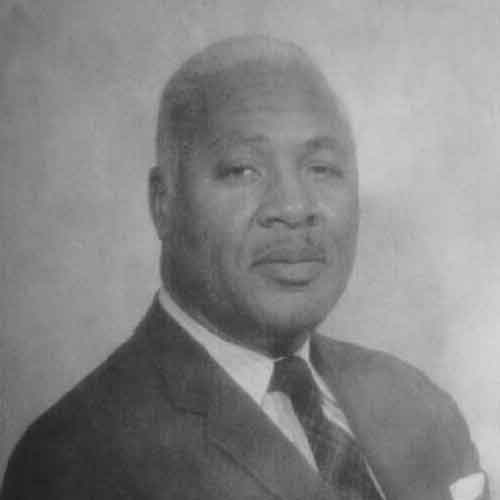 Edwin Cicero Brown, Sr., was born July 1, 1908 on an Indian Reservation in Guthrie, Oklahoma. As a young toddler he crossed the Cimarron River in a covered wagon with his parents as they migrated to Wichita, Kansas where he was raised and attended public school. Interestingly enough he attended an integrated high school where he learned to play the saxophone and clarinet and played in the high school band.

Upon graduation there was no employment for young black men except cotton picking, so he played his instruments in the streets of Wichita and shined shoes until he earned enough money to buy a used model T Ford. He bought eight spare tires which he placed on the rear of the vehicle and he and several of his music playing buddies traveled across the country to Washington, DC where he entered Howard University. He paid his college tuition by scrubbing floors at the YMCA and ultimately entered Howard’s School of Law.

Ed Brown, Sr., graduated from law school at Howard University in 1941. After graduating he joined the Federal Bureau of Investigation. On his first day on the job he was assigned to be a chauffeur for one of the higher ranking officials. When he got off work that evening he never returned. He opened a law office in Southeast Washington, D.C. and one in Alexandria, Virginia where he engaged in the private practice of law.

Contributing to the Community

Ed Brown, Sr., was a champion of civil rights until he suffered a stroke in 1980. It was then that his son, Edwin C. Brown, Jr., took over his practice and continued the tradition of fighting for individual’s rights in the Washington, DC metropolitan area. Ed Brown, Sr., passed in the year 2000, three years after his grandson, Christopher E. Brown, joined the firm he began in 1941.