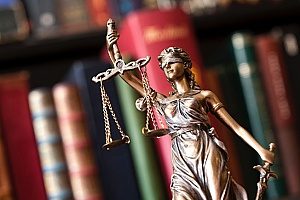 In February of 2016, unarmed 20-year old African-American D’Londre Minifield was shot and killed. The case was ruled a suicide, claiming that the young man shot himself in the back of the head while he was laying on his stomach. According to state police reports, DNA evidence showed that Minifield shot himself in the head with a stolen .38-caliber revolver as he lay on his stomach. The report also said that he had failed after trying to climb a fence to evade arrest. Minifield’s family and Brown Firm PLLC do not believe this was a suicide, but rather another unfortunate case of a police officer shooting and killing a young black man.

Also involved in the incident was Sgt. Christopher Eric Ivins, Officer Stephanie Nan Sills, and a rookie officer trained by Ivins. They claim that Sills fired a Taser at Minifiled, which struck him in the head just before Minifield shot himself. The revolver Minifield used was supposedly stolen from an unlocked car in Frederick Country three months prior. The report states that Invins yelled that there was a gun and was just about to fire his own weapon when he saw Minifield look away. Ivins then heard a gunshot and saw Minifield’s head jar. The officers continued to provide cover over him. It was only after they rolled Minifield over that they observed the revolver.

Brown Firm PLLC recently took over the case in July of 2018. Brown stands firmly behind the idea that Minifield shooting himself in the back of the head while lying on his stomach is absurd. The lawsuit claims that the police fatally shot Minnifield and then proceeded to make it look like he killed himself. The original lawsuit sought $38 million and accused the state police of covering up what happened. When Brown took over the case, he amended the lawsuit to seek $5 million from the officers involved, the wife of a deceased officer involved in the chase, the off-duty Frederick County Sheriff’s Office who called 911 about the fight, Freeman, and Sanzenbacher. City Manager Eden Freeman and former Police Chief Kevin Sanzenbacher are accused of having a reckless disregard of Minifield’s life and for encouraging the officers. Brown amended the case to target the people specifically involved in the cover-up because he believes that state police were given false information from Winchester police and were not intentionally involved in the cover-up.

The incident began on February 28, 2016, when the police attempted to question Minifeld over a fight. This fight occurred minutes before they attempted to question him, and there were reports that a man had brandished a pistol during the fight. When the officers got the attention of Minifield, he ran away and the officers chased him. Minifiled then came upon a chain-link fence and began to climb the fence in an attempt to get away. Brown claims that while he was scaling the fence, Minifield was shot in the back of the head. He remained slumped over the top of the fence.

Why Minifield ran from the police is being brought up heavily in this case. Minifiled had a criminal record that included malicious wounding and robbery in Hanover County. He was wanted on a probation violation when he died. Brown argues that American culture has created a fear of the police in young black men, making it a natural instinct for Minifield to run when he spotted the police because he believed they may kill him. In 2016, many police shootings of young black men were all over the news, so it’s very likely that Minifield had a real fear that the police may shoot and kill him. Brown also offers the alternative idea that Minified was running towards more people so that an audience would stop the officers from shooting and killing him for no reason.

In the lawsuit, Brown alleges that the police made phone calls with one another to conceal the truth and coordinate their story. They may have planned to only turn over two of the pistols involved in the shooting for forensic testing when there were actually nine officers involved in the chase. There may have also been a failure to conduct a gunshot residue test on Minifield and the officer’s who chased him, and Invins had his voice recorded and over-layed in onto the police radio transmissions of the incident after the incident had occurred. Brown accuses Freeman and Sanzenbacher for condoning and encouraging the cover-up.

Brown does not know who shot Minifield, but he believes without a doubt that Minifield was not capable of shooting himself in the back of the head while he was lying on his stomach. Brown has taken this case to attempt to give Minifield’s family justice and allow this case to go to trial.