› Employment Law › Can You Sue Your Employer For Unpaid Overtime?

If you are an hourly employee who often works overtime and is not properly compensated — or paid at all — for these extra hours, you’re not alone. According to a 2015 survey conducted by policy improvement nonprofit, The RAND Corporation, nearly one in five adult employees between ages 18 and 64 were either not compensated for overtime work or were paid at their regular hourly rate. A federal law created in 1938 called the Fair Labor Standards Act (FLSA) was designed precisely to prevent these types of injustices.

The FLSA establishes a minimum wage and dictates overtime compensation eligibility, among other labor rules. More specifically, this law determines overtime pay eligibility requirements based on two distinct classifications of employees: ‘exempt’ and ‘non-exempt’ workers. Before knowing if you can sue your employer for unpaid overtime work and how to file such a lawsuit, it is important to know which of the two categories of employees you fall under, and whether your employer incorrectly classified you as an exempt worker. 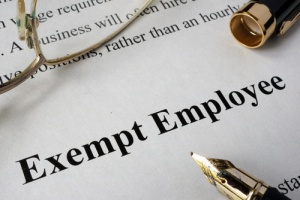 Exempt employees are workers who can be excluded from overtime pay requirements according to the FLSA. These are salaried workers who earn a sum equal to or above a certain threshold established by the Department of Labor, and who must perform specific duties tests in order to be fully considered ‘exempt.’ High-skilled workers in STEM fields (like scientists, computer programmers and software engineers) are examples of employees who are typically classified as exempt from overtime pay. Independent contractors, seasonal workers and volunteers also fall into this category.

It should come as no surprise that many employers misclassify non-exempt workers as exempt in order to avoid paying overtime. Organizations can — intentionally or not — fail to record “off-the-clock” hours employees spend on job-related duties, for example. Therefore, it’s essential for any non-exempt employee considering a lawsuit against his/her employer for unpaid overtime to collect evidence and build a case stating that said organization violated local, state or federal law. This is especially important because the Labor Department recently introduced a ‘Final Rule’ that dictates an increase in the salary threshold below which workers must be considered non-exempt employees (who are subsequently eligible to receive overtime pay for any hours over 40 worked in a workweek). This new law — which is set to take effect Jan. 1, 2020 — will evidently create changes in the FLSA and affect more than a million Americans, as many previously exempt workers will now be reclassified as non-exempt. Here are the steps an employee wishing to sue their employer for unpaid overtime should take. 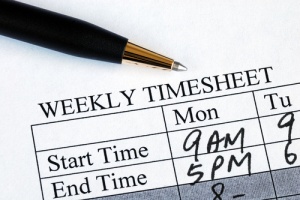 There are several questions you should ask yourself in order to determine if your employer is erroneously and illegally labeling you as exempt to avoid overtime pay. For example, has your employer ever modified your time card? Did they ever ask you to complete work-related tasks at home and fail to record the time you took to perform said activities? Did they order you to do prep work before your shift officially starts? Did you work through lunch? Has your employer ever used ‘comp time’ (allowed you to take an hour off from work on another day in order to ‘compensate’ for any hours worked over 40 in a given week) or asked you to be ‘on call?’ If you answered ‘yes’ to any of these questions, your employer may be violating the FLSA.

Any attempt by an employer to retaliate against you for hiring a lawyer and suing them for unpaid overtime would also constitute a violation of federal law. Under the FLSA, you could be entitled to further damages due to your employer’s attempted retaliation.

You should reach out to an experienced attorney about the process of filing a lawsuit for unpaid overtime, as this is a key step to ensuring you have a viable claim against your employer. Fortunately, the Alexandria, Virginia-based law firm, The Brown Firm PLLC, boasts lawyers who are extremely knowledgeable about this issue and have extensive experience with wage and hour disputes. For more information on these types of cases, call 703-828-0900 or reach out to them online to request a legal consultation!