› Litigation › CDA vs NDA: What You Need To Know 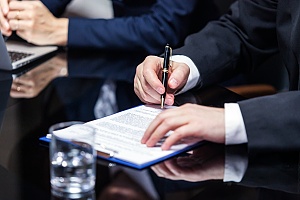 A CDA and an NDA are often used interchangeably, but there may be subtle differences between the two legal documents. Deciding between a CDA vs NDA can seem like a confusing decision, and with any legal document, it is essential to read through the entire agreement and consider consulting with legal professionals before signing.

What is a Confidentiality Agreement?

As you learn more about what a non-disclosure agreement is, you will see that the two are very similar. Generally, a confidentiality agreement is used when entering into a new business relationship. For example, if two businesses merge their services, they may choose to implement a CDA to decide what information should be kept private.

What is a Non Disclosure Agreement? 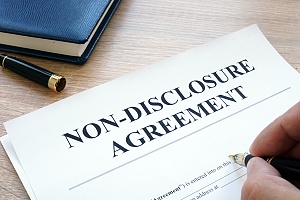 A non-disclosure agreement, also called an NDA, is a document that outlines an agreement between two parties that discusses information that is not to be disclosed to a third party. The choice between using a CDA vs. NDA is often decided by personal preference and the two terms are often used interchangeably.

Nevertheless, there are times when an NDA may be the more preferable option. In practice, a non-disclosure agreement is generally used to highlight what information must be kept confidential once an employee leaves a company or upon the completion of a project. An NDA typically protects information that is sensitive to a company or that could be used against the company. For example, an IT professional who leaves a company may be asked to sign an NDA that ensures they do not release company passwords and client data.

How Does a CDA Differ From an NDA?

From a legal perspective, the documents essentially accomplish the same thing. The choice on whether to choose a CDA or an NDA is primarily up to the preference of the involved parties, and there may not always be a wrong choice when choosing between the two. Both a CDA and an NDA are often used in employment law, but it is applicable to other areas as well, including attorney-client relationships and doctor-patient relationships. 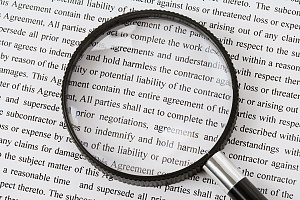 However, it is still helpful to understand when one may be a preferable title than another. On many occasions, parties tend to use a CDA when entering into a professional relationship in which sensitive and confidential information will be shared. An NDA is more commonly used when the relationship comes to an end. In employment law, this is often done to ensure the information that the employee knows or has access to is not used against the company in a detrimental manner.

The consequences if a signing party violates the CDA or NDA is very similar as well. Often, the other party will choose not to take action, but the initiating party does have the right to take legal action. If one violates a CDA or an NDA, it can lead to having to pay for financial damages. Since a CDA and NDA have only subtle differences, it is necessary to know how to properly craft the document. It is also important to read through all of it and ask a legal expert for clarity if there are any areas of the document that are vague.

Our team at The Brown Firm helps employees and employers through the CDA and NDA process. If you are in need of assistance, be sure to reach out to our team for more information about how we can help. We understand the importance of a carefully crafted CDA and NDA agreement, and we are here to help our clients make the process as easy as possible.