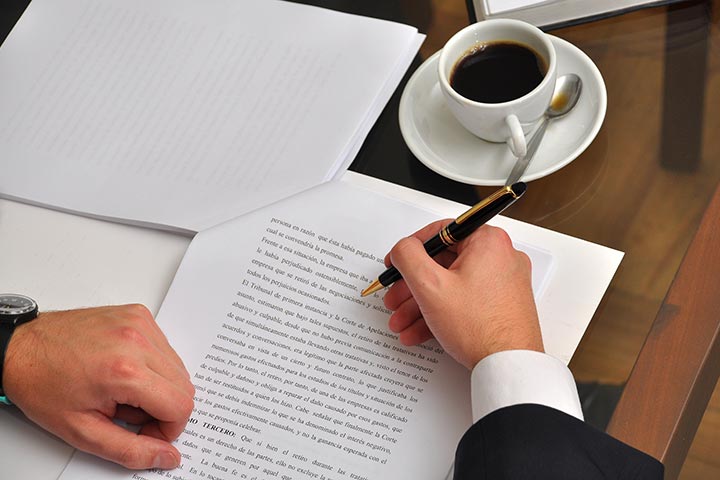 Every individual in the United States has certain rights that cannot be taken away from him or her without due process of law. Civil rights are often considered some of the most basic rights available to individuals, including the right to shelter, employment, and education. These rights are so ingrained in our culture and history that the law has developed certain protections to ensure that these rights cannot be taken away from you, absent unusual circumstances.

Only certain rights are so basic or so cherished to be considered “protected” rights under the law. These rights often directly relate to an individual’s status as a member of a protected class as well. A protected class refers to race, sex, national identity, disability status, and other similar characteristics. Certain civil rights violations happen more frequently than others, and some of the most common violations are detailed below.

Police forces around the country are put in place to protect the innocent. Unfortunately, in their efforts to carry out this obligation, they occasionally overstep their legal abilities and cause civil rights violations.
Police misconduct can take many forms. Perhaps the most well-known misconduct is police brutality. Although the term is fairly self-explanatory, the definition often used in a legal context is the use of excessive or unnecessary force against or when dealing with civilians. Under this definition, the force was beyond what would normally be necessary to deal with a particular situation.

It can be difficult to determine which situations constitute brutality because the term is somewhat subjective. One person may think a certain amount of force is acceptable while others would completely disagree. The level of acceptable force may also vary depending on where you are located geographically as well. The test of reasonable force is based on what the officer thinks, not the public or the person enduring the force. That means that virtually every situation will involve several opinions about whether the force used was appropriate for the circumstances.

The Federal Bureau of Investigation (FBI) examines hundreds of suspected civil rights violation cases every year. They focus on larger operations that are considered extreme violations of human rights. The have several subprograms on which they concentrate their efforts:

Victims of the above civil rights violations can contact the FBI directly by reaching out to local FBI offices in person, in writing, or via telephone. You can also submit a complaint directly to the Assistant Attorney General.

Police or government actors are only permitted to search your person, your vehicle, or your home under certain circumstances. These extra protections are used to prevent tyranny of the government; the United States is built on certain values associated with privacy.

A search becomes unlawful when the search is unreasonable. An unreasonable search has no probable cause. Probable cause means that the police had reason to believe that they would find evidence that a crime occurred if they searched a person or location. In many situations, the police have to present their rationale for probable cause to a judge to obtain a warrant. However, searches can also take place without a warrant under certain circumstances, including those situations where the police believe that evidence will be compromised or destroyed if they do not act quickly.

Although the bar for probable cause is set fairly low, police still occasionally conduct searches or seize property without any probable cause at all. This is illegal and is a civil rights violation. An attorney can help you in situations that involve illegal searches and seizures.

When entities like the government, employers, landlords, or others discriminate based on certain protected characteristics, they have committed a civil rights violation. Civil rights are premised on the idea that everyone should be treated equally under the law. This applies regardless of your race, creed, religion, nationality, sex, age, or disability.

The main federal law that is used in these types of cases is the Civil Rights Act of 1964. This statute protects against discrimination based on color, race, religion, sex, and national origin. Additional federal laws offer more protection for certain classes of people. State and local laws often offer additional protection on top of federal anti-discrimination laws.

Other anti-discrimination laws that protect specific classes of people include:

The Equal Pay Act of 1963: It is illegal to pay women and men different rates for equal work in the same workplace.

The Age Discrimination Act of 1990: Those 40 and older cannot be discriminated against due to their age.
Title I of the Americans with Disabilities Act: It is illegal to discriminate against anyone with a disability in both the private and governmental sectors. This law also requires employers to make reasonable accommodations for employees who have disabilities, both mental and physical. An accommodation is not considered reasonable if it would impose an undue hardship on the employer or would otherwise inhibit the operation of the business.

The Genetic Information Nondiscrimination Act of 2008: The newest federal anti-discrimination act makes it unlawful to discriminate against anyone based on their genetic information. This includes knowledge regarding diseases, disorders, or conditions of family members. It also includes the results of specific genetic testing as well.

Each of these laws also includes a provision that makes it illegal to retaliate against someone who has filed a discrimination claim, has complained about discrimination, or has participated in a discrimination investigation.
Virtually any negative action taken based on your inclusion in a protected class is considered a civil rights violation. If you have not gotten a promotion or housing because of your race, for example, then you have a civil rights violation claim. Unfortunately, situations like these are relatively common even in this day and age, but protected classes have the ability to assert their rights through both federal and state laws. Sexual harassment also falls under the guise of civil rights violations, and most claims of sexual harassment are related to the workplace.

Getting Help After a Civil Rights Violation

Each type of civil rights violation may have a different process to lodge a complaint. You may have to work through an agency or the court, both of which can be challenging and time-consuming. Using the wrong process can bar your claim in the future as well. For these reasons, it is extremely important that you contact a civil rights attorney as soon as you realize or suspect that your civil rights have been violated. He or she can help you determine whether there has been a true civil rights violation and what your next steps should be to assert your rights. Contact The Brown Firm PLLC for more information.