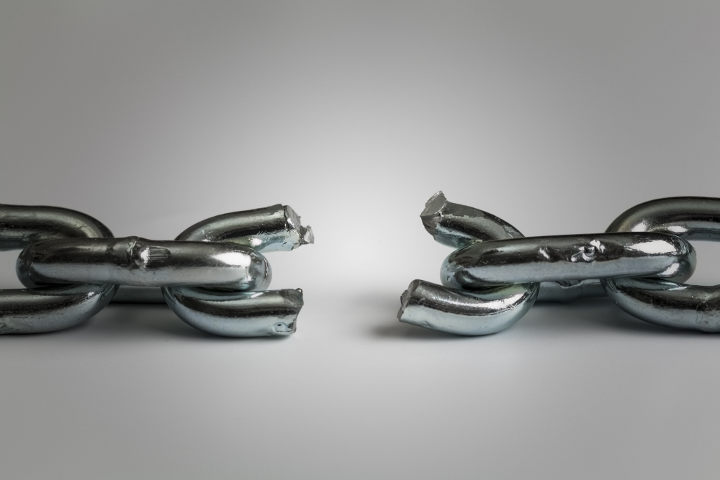 It is the job of a prosecutor to prove that a criminal defendant is guilty, beyond a reasonable doubt. If the prosecutor is successful, this will result in a criminal conviction. The defendant; however, has the right to a proper and fair defense. This includes any number of possible defenses including, but not limited to “I didn’t commit the crime,” and “I committed the crime in self-defense.”

The most popular defense is that the defendant didn’t commit the crime at all and is innocent of all charges. This defense requires the least amount of evidence supplied from the defendant’s council.

The Presumption of Innocence in the Courtroom

All persons charged with a crime have the right to be considered innocent until they are proven to be guilty within a court of law. Whether it is through a full trial or a plea deal, the outcome is identical. This means the burden of proving the defendant’s guilt, falls on the prosecution. The prosecution’s job isn’t easy; it can be made more complicated as a defendant has the right to also remain silent.

The defendant’s council may also choose to refrain from providing any evidence or witness statements whatsoever; instead choosing to focus their argument on the lack of proof provided by the prosecution. Although this can and does happen, it’s usual practice for a defendant’s council to provide witnesses and evidence to substantiate the defendant’s claim of innocence.

It falls on the prosecution to prove guilt “beyond a reasonable doubt”. After the prosecution states its evidence, it is up to the judge, or jury depending on each individual case, to decide whether the prosecution proved, with certainty, the defendant’s guilt. Criminal defenses often argue that merely perceiving the defendant as guilty is not enough – that physical proof or evidence should be supplied to warrant a guilty verdict.

A Defendant with an Alibi

The defense may argue that the defendant wasn’t capable of committing the crime because they were in a different location when the crime occurred. This alibi can be a witness statement from someone who was reportedly with the defendant at the time of the crime. As an example, Mr. Carson could be charged with a hit and run accident on May 14th in Brooklyn, NY some time from 8:00 p.m. to 9:00 p.m. The defendant’s alibi could be a coworker’s statement that they split a taxi ride home from work with the defendant that night. The defense could corroborate this alibi with additional evidence of a taxi receipt from that night around 7:55 p.m. as well as a statement from the taxi driver.

The Prosecution Proves It’s Case, However…

Many defendants, who claim self-defense, have been charged with violent physical crimes against another person. While the defendant admits to the acts of physical violence, they claim that their actions are justified based on the perceived fear of injury or death to themselves or others by the other involved party. The main issues that are brought to the court’s attention with self-defense cases include:

Who first instigated the incident?

The foundation of self-defense claims comes from the position that each person has the right to protect themselves and their property from harm under the law. This means that the defendant may behave proactively to protect themselves; not waiting to be harmed first before they choose to act. No matter the events, the defendant’s actions must be understandable and appropriate for the specific instance or situation.

By Reason of Insanity

If a person commits a criminal act and there is reasonable proof that they were not within their right mind when the act was done, they have grounds for an insanity defense. This defense comes about as a way to keep mentally unstable people from being corporally punished when they alternatively need advanced medical attention. The insanity defense is not a simple one for the defendant to prove and contrary to popular belief, this defense is not used very often.

With other defenses, the burden of proof falls fully on the prosecution, whereas with pleading “not guilty by reason of insanity”, a large portion of the burden lies on the defense to prove the mental instability of their defendant. The difficulty for the defense makes an insanity plea an unpopular and difficult choice.

There are many differences in how various professionals explain “insanity”; therefore several definitions are currently in use within our courtrooms. The “M’Naghten Rule”, for example, defines a person insane if they committed the criminal act, but were not within their right mind as to know the act was wrong at the time. In contrast, with the “irresistible impulse test”, this examines whether a person can be labeled “insane” by knowing the criminal act was wrong at the time, but failed to have the mental ability to stop their actions due to an advanced disease or illness of the mind.

Not Guilty Due to Insanity

If a defendant is found “not guilty by reason of insanity”, they most often are institutionalized for a set amount of time in a mental health facility; more often than not for longer than the jail sentence would have been had they pleaded and been found guilty. These cases are usually composed of testimonies from mental health professionals who can certify as to the defendant’s possible frame of mind during the events of the crime. They examine the defendant’s past medical records and the facts of the crime, and testify based on their own independent findings.

Due to the large financial commitment that is needed to hire mental health professionals to testify on their behalf; those defendants who use an insanity defense and have a low income, often receive judicial assistance from the government to help with their defense.

The Influence of Drugs or Alcohol

When alcohol or drugs are involved in a criminal act, some defenses will attempt to convince the court that the defendant should not be held responsible for the crimes they committed due to their impaired mental state. However, most courts do not recognize innocence for committing a criminal act while being deliberately intoxicated or under the effects of drugs. The argument most often made by the prosecution is that the defendant should know that their thoughts and actions can be manipulated by consuming certain substances, and that they are liable for any actions they perform while under the influence.

There is the possibility, in some US states, that a crime must have “specific intent” where the defendant knowingly and purposefully committed the criminal act. In these cases, the defense will argue that the defendant was too inebriated to control their actions, but that no “specific intent” can be proven. The defense may also insist that their defendant was ignorant of the results of their actions as well. While this defense may hold up to certain charges (like assault with intent to kill); however, it may not be usable for other charges such as an assault with a deadly weapon charge.

This defense is rarely used within a courtroom due to the difficulty of proving such a defense. A defendant might claim entrapment has occurred when a government agency (police, DEA, FBI) motivates the defendant to commit a crime that they otherwise wouldn’t have committed, but these instances are limited and generally not condoned.

If you have been charged with a crime, it is important that you seek knowledgeable and accomplished council to educate you on your civil rights and privileges under the law. Our firm will help you create a defense to allow you and your rights as a citizen to be fully respected and fairly represented. Contact us to learn how we can aggressively defend your rights.