› Uncategorized › 6 Common Types of Discrimination in the Workplace 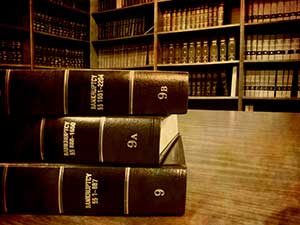 Federal, state, and local laws prohibit discrimination due to one’s age, race, color, national origin, gender, sexual orientation, religion, level of ability, or genetic information. The Americans with Disabilities Act (ADA), Title VII of the Civil Rights Act of 1964, and the Genetic Information Nondiscrimination Act of 2008 have all worked to move forward these protections in order to ensure individuals’ rights are protected in the workplace and around their communities. Federal anti-discrimination laws protect employees from being hired or fired based on their sex, race, religion, sexual preference, age, or disability.

Sexual discrimination does not have to equal sexual abuse. It can be in aggressive comments and unwanted touching and can lead to a culture with issues. Those who have experienced gender or sex discrimination understand that when an employer focuses on treating someone differently based on gender, it is an affront to their religious belief system. Feeling as if their gender is not worthy or worker than another gender is a flawed perception system, and acting on these racist tropes isn’t helpful or healthy.

Discrimination due to race or ethnicity is a product of racism that pollutes the day-to-day life. For a long time, racial discrimination meant refusal of service or being surveilled in other various ways. Though local, state, and federal laws all have regulations in place to protect the individual, bad actors can treat workers of different races as incompetent or not worthy of a raise. Those of non-majority ethnic backgrounds often do more work and get paid at a lesser worse rate. Others are at the mercy of the protection their business provides.

In an average workplace, employees come from dissimilar regions, were raised in different backgrounds, and have a wide variety of religious beliefs. In most religious discrimination cases, the quality of respect between one’s staff is important. It’s vital to remind that any religious practices such as prayer, fasting, and wearing certain hairstyles and clothing should be allowed as long as the work performance of others isn’t disrupted. Freedom to religious practice must be coupled with appropriate action.

Working with a variety of people with varying ages and levels of experience make the workplace richer. Young or old, every worker has a personal value that adds to system and supports their fellow employees. If a worker is treated in an unfair or inequitable manner or called out for being either ‘too old’ or ‘too young,’ various local, federal, and state discrimination laws exist to protect and aid employees facing workplace hostility.

When the Americans with Disabilities Act was passed in the early 1990s, the law requires that reasonable accommodations must be made for employees who have a limitation that restricts major life activities such as talking, walking, or learning.

Pregnant woman should be treated as temporarily disabled, and should be given disability leave, as well as other options like unpaid leave and alternative assignments when requested. Under the FMLA, new parents are also allowed to take 12 weeks of unpaid leave when a new baby is born.

Nobody should work in a hostile environment. You don’t have to take the stress and pain of workplace discrimination. The United States government’s anti-discrimination laws include instances of discrimination based on age, race, color, national origin, gender, sexual orientation, religion, level of ability, and genetic information. However, not all unfair work practices are considered discrimination. An attorney can help determine your protected class and the benefits you should receive.

If an employer denies an individual just compensation or opportunity, they may be subject to the law. However, unintentional discrimination can be excused if the decision will have a real and dramatic economic effect on one’s business. For instance, an employer in a warehouse can choose to not hire a person who is unable to lift a certain amount of weight because that goal is key to the job.

Being part of a group protected by the law is not enough to sue based on discrimination. A lawyer must be able to prove intent to the court. It can be difficult to prove that the unfair treatment was directly tied to a protected status, so we advise to record every interaction. An employment lawyer can help you figure out whether your employer’s conduct was an adverse employment action constituting discrimination.