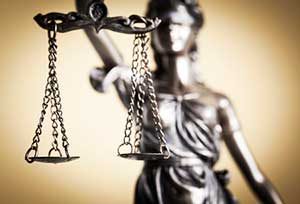 Business owners have a number of reasons to avoid workplace discrimination. Among the top of the list is the high cost of court cases. In 2013 alone, ten of the most expensive lawsuits filed for discrimination cases topped up at more than $638 million. Although the numbers have been declining over recent years, the number still sat at an alarming 12,311 class action cases in 2013. That number is down from 2012, when 14,260 discrimination lawsuits were filed. Many business owners shy away from the high cost by making settlements out of court, but it is evident from the ones that made headlines that it takes money to buy a clean reputation.

In 2014, a former Abercrombie and Fitch employee made a case in Supreme Court disputing the retail giant for refusing to hire her because the traditional hijab she wore. The company claimed she did not meet their dress code policies. Samantha Elauf, a Muslim teenager, applied for a job at an Oklahoma outlet when she was ranked on criteria in order to pass the “Look Policy” test. According to the company, staff of the store were considered models and prohibited from wearing caps and black clothing.

Elauf’s stand was based on the federal Equal Employment Opportunity Commission (EEOC) and its Civil Rights Act. Title VII states potential employees cannot be rejected from positions based on “race, color, religion, sex, or national origin”. Elauf lost the case because during the interview she did not claim the hijab was a mandatory part of her religion.

Since the hearing, Abercrombie and Fitch made a number of policy revisions, including the title of sales staff from “models” to “brand representatives”. The dress code has been reworded and sales associates are to appear “neat, clean, natural, and well-groomed”. The ban on headwear, however, remains in place.

American Broker George McReynolds took Merrill Lynch & Co. to court when he defended 700 black employees from racial discrimination. In 2005, McReynolds accused the wealth management firm of giving white clients superior benefits, including more gainful account holdings. At the same time, black employees did not receive equal pay nor opportunities to move up the corporate ladder. The settlement, which concluded out of court in 2013, began in 2005. During those seven years, time and money was spent in Supreme Court on two appeals. In total, the lawsuit weighed in at $160 million.

A $39 million lawsuit in a fight for women’s equality was settled in 2010. One year after Merrill Lynch acquired the Bank of America, Judy Calibuso spearheaded the case on behalf of a group of female advisors with the company. The grounds for the lawsuit was systematic discrimination, or the practices employed by organizations discriminate against marginalized people. In this case, Calibuso claimed the policies set forth by Merrill Lynch denied women an equal opportunity for career advancement. By the time of settlement, the company was required to pay out of pocket, and, for the next three years, had its programs overseen by an outside source.

As is often the case, the more time a lawsuit takes, the more it will cost those involved. That rings true with the lawsuit against the box store, Costco, which began in 2004. 600 past and present female employees took matters into their own hands, claiming discrimination against women wanting to work their way towards higher positions, such as general manager or assistant manager. They felt discouraged to apply for positions, mainly because the jobs were not posted.

Three years after the case began, several plaintiffs received class-action status from Judge Marilyn Hall Patel, but a delay ensued when a similar Wal-Mart ruling took priority. The Supreme Court then ordered Patel to “determine whether there was significant proof that Costco operated under a general policy of discrimination.”

The 9th Circuit decision resulted in favor of the female employees and higher costs for Costco.
Eight years later, in September 2012, the case wrapped up with Costco agreeing to pay $8 million to settle each claim. The retailer was also ordered to change its policies to eliminate such discrimination.

The Equal Employment Opportunity Commission (EEOC) is an operating body responsible for overseeing that corporations adhere to federal laws prohibiting the racial, religious, sexual, age, and disability discrimination of employees. An investigation conducted by the EEOC in 2012 forced the accused, executives of The Wet Seal in California, to quickly make the decision to finalize a settlement. The case was initiated by three former managers of the store who claimed they were fired because they are African American and did not fit the mold of the “Armani look”: the brand image of the store featuring blond and blue-eyed sales associates.

The initial case saw NAACP Legal Defense and Education Fund representing several female African American employees who claimed the store’s executives did not grant them the same payment rates nor promotion opportunities as their white counterparts. A few months later, the EEOC investigation revealed Nicole Cogdell, a former manager of a store in Pennsylvania, was let go of her high-level position as a result of discrimination.
In the end, Wet Seal paid $7.5 million in settlement costs.

At the turn of the century, Coca-Cola Company got itself into a sticky situation over four African American employees’ accusations alleging the company of denying them the same rights as white employees. The four represented themselves and 2,200 similarly disgruntled workers. The class action lawsuit was filed in 1999 citing racial discrimination as stated under the Civil Rights Act. The four arrived in court court prepared to state their case by doing their homework and providing statistics on salary and job position discrepancies.

Although Coca-Cola denied they were in the wrong, the company agreed to pay a $192 million settlement and have their corporate policies rewritten by outside consultants. For the next five years, the company was subjected to reviews and evaluations of its practices within the workplace.

If you suspect you may have been the subject of discrimination at your workplace, contact the Brown Firm today for a legal consultation on your way to making things right.