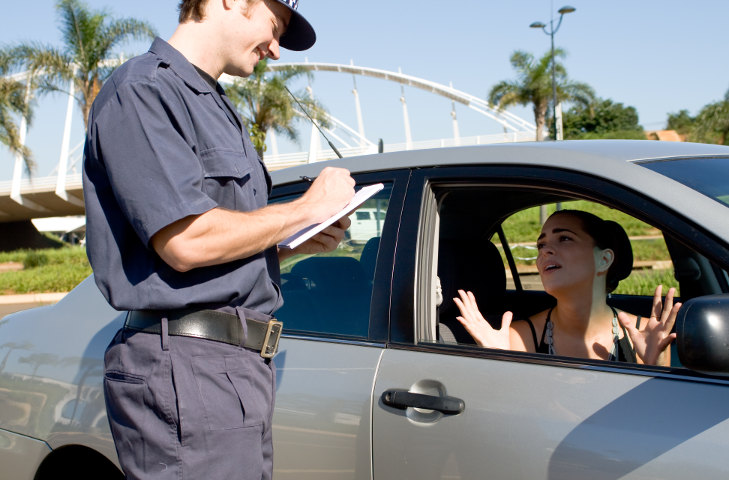 Because a DUI in Virginia is a serious offense with equally severe penalties, courts in Virginia cannot turn a blind eye when a police officer acts in error. However, a DUI defendant will not be acquitted based on an issue his attorney fails to recognize and raise. If you have been charged with a DUI in Virginia, contacting an experienced attorney is in your best interests. Be sure your attorney is experienced with handling DUI cases and has handled cases similar to yours. However, there are steps you can take to strengthen your Virginia DUI defense from the moment you are pulled over. To better understand penalties for DUI and DWI in Virginia, review:

Significance of the Police Report in your VA DUI Case

As soon as the flashing blue lights appear in your rearview mirror, the police officer begins collecting evidence to use against you in a Virginia court. The police officer documents all of this evidence in the police report, which is his or her official account of what transpired during your traffic stop and subsequent arrest for DUI. When you see that you are being pulled over by a police officer, act calmly and rationally. Pull over to the side of the road as quickly and safely as you can. Refrain from making any sudden movements or acting suspiciously.

What is ‘Reasonable Suspicion for a DUI Stop in Virginia?

What Happens when You Are Stopped for DUI

Once the police cruiser stops behind your vehicle, the officer will exit his or her vehicle and approach yours. The officer will then ask you to produce your driver’s license and proof of auto insurance. If the police officer asks you to step out of the car, you must. Failing to do so will result in your arrest. The police officer may already suspect that you have been drinking, and he or she will look through signs of alcohol or drug intoxication during the entire traffic stop. The officer may observe the following to make the determination that you have been driving under the influence:

Although many of these factors can have other causes besides alcohol or drug intoxication, including nerves or an illness, be aware that the officer’s perception of your intoxication or sobriety will impact how he or she proceeds during the situation.

You must remain calm and stay focused during the traffic stop, despite feelings of fear, anger, or nervousness. Be polite; insulting the police officer or making sarcastic remarks will certainly not help you and may be used against you in court if these remarks are included in the police report. Behaving uncooperatively could escalate the situation into a confrontation, leading to your arrest. For more tips on how to conduct yourself during a DUI investigation, read What To Say If You Are Pulled Over For A DUI or DWI in Virginia.

In general, you should do anything the officer asks you to, regardless of whether you think it is fair. However, notes of your encounter with the officer, including any of his or her requests, can be key evidence in your defense case. Your Virginia DUI lawyer may be able to use this information to assist your case, so be sure to take notes. If you do not comply with the officer’s commands, you may be charged with resisting arrest, even if you do not assault a peace officer.

Even though you may be nervous, scared, or angry during the traffic stop, it is important to remain calm and focused. Insults, sarcasm, and complaints will not help your case, and may work against you if they are recorded in the police report.Furthermore, uncooperative behavior could escalate into a confrontation with the officer, which may even lead to an arrest.

Generally speaking, if the officer asks you to do something, you should do it, even if you think it is unfair. Keep notes of what you are asked to do, however, as this evidence may be a key piece of evidence in your defense case and your Virginia DUI lawyer may be able to use this information during your trial. Refusing an officer’s command could result in a charge of resisting arrest, even if you do not actually assault the officer.

One of the most common questions from police officers during DUI traffic stops is whether or not you have consumed alcohol or drugs. You are not required to answer the question, nor can you be arrested for refusing to answer. However, if you have not been drinking alcohol or using drugs, telling the officer is in your best interests.

You may be asked to take a roadside breathalyzer test. You are not required to take the test. However, because Virginia has an “implied consent” law, failing to submit to a breathalyzer test at the hospital or a police station can result in the suspension of your driver’s license. If you have been charged with a DUI or DWI in Virginia, contact The Brown Firm PLLC online or call our offices. We offer legal consultations so that you can discuss your options moving forward.