› Virginia Traffic Laws › Driving Under the Influence of Drugs in Virginia 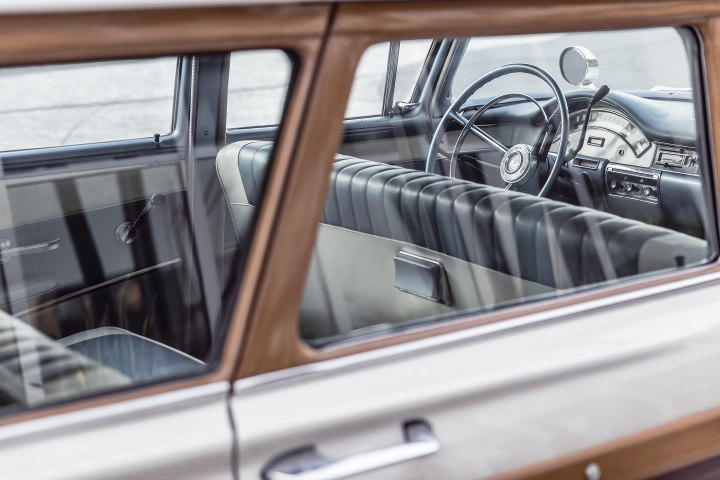 Although most people believe that driving under the influence (DUI) offenses are typically related to intoxication by alcohol, there are countless substances that can have a negative impact on a driver’s ability to adequately control a motor vehicle. Driving while under the influence of drugs or prescription medicines can, in many cases, end in DUI charges.

DUIs Can Happen for MORE Than Just Alcohol

When drugs and driving are mixed, be it medicinal marijuana or muscle relaxers prescribed by the doctor, the driver faces the same legal guidelines as having ingested an unacceptable amount of alcohol. Any substance that impairs the judgement or motor capacities of a driver falls under DUI and “doctor’s orders” will not serve as a defense.

According to a survey held by the Substance Abuse and Mental Health Services Administration (SAMHSA) in 2010, approximately ten million Americans had driven while under the influence of prohibited drugs in the year 2009. In addition, over 18 percent of drivers suffering fatal injury were found to have used at least one legal or prescription drug in the same year, according to another study carried out by the National Highway Traffic Safety Administration (NHTSA). An additional survy by the NHTSA showed that one out of every five motorists that were killed in crashes in 2009 had positive results in drug testing.

Drivers will be affected differently by different drugs; however, any drug that can impair motor skills, concentration, staying alert or general judgment are considered as dangerous, if not more so, than alcohol.

All 50 states have DUI limits on the books, and operating a motor vehicle with blood-alcohol-concentration (BAC) above typically 0.08 percent is a traffic offense. Because alcohol is disposed of by the body rapidly, a motorist’s BAC can be easily measured at a traffic control. Breathalyzer tests are very accurate and a reading of 0,08 or more will usually result in a guilty plea or conviction of DUI as long as legal protocols were respected at the traffic stop. Such does not apply to other types of drugs.

The psychoactive component of marijuana, THC, for example, can be detected in urine and blood for nearly four or five weeks after use. It is impossible to detect impairment at any particular time. On the other hand, cocaine is usually flushed from the system in one or two days. NHTSA recognized, in a communication with Congress, that current knowledge on drugs is “insufficient to allow the identification of dosage limits that are related to elevated crash risk.”

In some jurisdictions, so-called “Drug Recognition Experts”, or DREs, are employed. These are officers who have undergone specific training to help them determine the level of drug impairment a driver may be demonstrating. The DRE follows guidelines that include eye movement, general behavior and other markers of having used specific drugs. Drug Evaluation and Classification Programs have been implemented in forty-four states and the District of Columbia to provide this specialized training. Drug use itself is usually demonstrated through an analysis of a urine or blood sample.

“Per Se” Laws on Drugged Driving

Because of the difficulty of on-the-spot determination of drug levels and time-frame impairment issues, prosecuting drug-related DUI is more difficult than alcohol DUI. In fifteen states, so-called “per se” drugged driving laws have been drafted to address this issue. These laws effectively make it unlawful to drive while any detectable amount of particular drugs can be found in the body.

These states are Arizona, Delaware, Georgia, Illinois, Indiana, Iowa, Michigan, Minnesota, Nevada, Ohio, Pennsylvania, Rhode Island, Utah, Virginia and Wisconsin. In Nevada, Ohio and Virginia, limits for intoxicating drug use have been established while the remaining twelve states’ laws reflect zero-tolerance.
Drivers under the age of 21 can not operate a vehicle with any detectable amount of prohibited drugs in their system in North Carolina and South Dakota. In another five states, California, Colorado, Idaho, Kansas and West Virginia, known drug addicts and habitual users are not allowed to drive at all.

Illegal Drugs and their Impairing Effects

Drugs that are prohibited by law will cause any of the following effects that can lead to incapacity to operate a motor vehicle:

Drugs that are purchased legally at the pharmacy, either prescribed or over-the-counter (OTC), can also have dangerous consequences and lead to a DUI charge or arrest. Warning labels should be read and pharmacists can explain any possible impairing side effects of these types of medicines. Some common prescription and OTC drugs that can cause problems include:

Anyone facing charges or an arrest for DUI will need a lawyer with specific experience in DUI law. The skilled DUI attorney can evaluate evidence, review the procedures and the final results from sobriety or chemical testing, and ensure that your legal rights are respected. It’s also very important that you contact a lawyer familiar with the particular laws applicable in your jurisdiction.

Set Up a Legal Consultation!

Initial consultations are available, so when faced with a DUI charge, your first move would be to get in touch with an experienced DUI lawyer. Call The Brown Firm PLLC or send us a description of your case online so that we can help you understand your options moving forward.