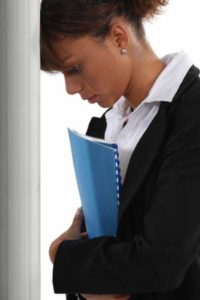 Discrimination in the workplace comes in many forms. From the color of someone’s skin to their religious beliefs, employees somewhere in America are discriminated against on a daily basis. While overall charges of employers discriminating against their workers have steadily declined in recent years, it’s still fairly prevalent with more than 97 thousand charges in 2016 alone. Federal laws prohibit discrimination in the workplace on the basis of gender, race, national origin, pregnancy, religion, citizenship status, disability, age, and genetic information. If you’ve been discriminated against at your work, contact an experienced employment attorney to explore your legal rights.

Retaliation is the most common employment discrimination claim. Retaliation occurs when an employer makes the choice to punish an employee for engaging in a legally-protected activity. For example, an employer may punish an employee if he or she has complained about harassment or discrimination. In the workplace, retaliation may include any type of negative job action, such as discipline, demotion, firing, a reduction in salary, or a job/shift reassignment. The U.S. Equal Employment Opportunity Commission has set laws to prohibit the punishment of employees for asserting their rights to remain free from employment discrimination.

Employees with disabilities may be discriminated against in the workplace. Disability discrimination occurs when a person with any type of disability is treated less favorable than a person without a disability under the same or similar circumstances. The law requires an employer to provide an employee with a disability with reasonable accommodation unless it would cause a significant expense or difficulty for the employer. Three federal laws protect against disability discrimination, including Title 1 of the Americans with Disabilities Act, the Rehabilitation Act of 1973, and the Family and Medical Leave Act.

Sex discrimination in the workplace involves treating an employee unfavorably due to that person’s gender or gender identity in the case of transgender status. The law prohibits any type of sex discrimination when it comes to hiring, job assignments, pay, promotions, training, layoff, benefits, or any other employment condition. It’s also illegal to harass another person due to that individual’s sex. Harassment can come in many forms, such as physical harassment or requests for sexual favors. Both the harasser and the victim can be male or female, and the harasser and victim may or may not be the same gender. 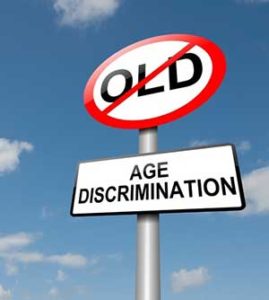 Age discrimination may occur when an employee is discriminated against due to his or her age. While it’s not illegal for an employer to favor an older worker over a younger one, discrimination may occur when a person is discriminated against due to age with respect to any condition, term, or privilege of employment include hiring, layoff, promotion, firing, compensations, training, benefits, or job assignments. However, the Age Discrimination in Employment Act exclusively forbids age discrimination against employees who are 40 years of age or older. It is unlawful to harass a person due to his or her age but it must be severe enough to cause an offensive or hostile work environment.

In America you’ll find employees of all different ancestries, ranging from Russian and Mexican to Iranian and American Indian. No matter a person’s national origin, each individual is entitled to equal access to employment opportunities. National origin discrimination occurs when an employee is treated unfavorably because of the country or part of the world they come from, or due to an accent or their ethnicity. The law prohibits any type of discrimination pertaining to all aspects of employment. It’s also unlawful to harass a person due to their national origin.

If you are a job seeker or employee and believe that you have been wrongly discriminated against due to race, sex, age, national origin, religion, color, or a disability, it’s important that you file a complaint with the Equal Employment Opportunity Commission immediately. Discrimination claims must be filed within 180 days of the incident but preferably sooner to increase your odds of a successful investigation. As employment laws can be complex, it’s wise to contact an employment attorney with experience working with discrimination cases. With a knowledgeable attorney by your side, you’ll be better equipped to deal with a discrimination claim.