› Employment Law › Top 8 Laws that Protect You in the Workplace 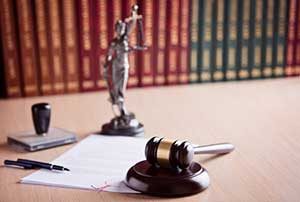 With claims of workplace discrimination and retaliation on the rise, it’s more important than ever to know and understand the laws that protect you in the workplace. There are a number of state and federal laws that enforce employee rights and punish employers who choose to break them. All employees have the right to fair compensation, privacy, and freedom from discrimination. Job applicants who have not yet been hired also have rights. Familiarize yourself with employment law which governs the rights and duties between workers and employers.

Administered by the Occupational Safety and Health Administration (OSHA), the Occupational Safety and Health Act (OSH Act) of 1970 covers most private sector employers and employees. The Act does not cover employees of state and local governments (unless they live in a state that operates an OSHA-approved state plan), farms which employ immediate members of family, and self-employed persons. The main objective of this employment law is to create safer and healthier workplaces.

The Fair Labor Standards Act (FLSA) was established in 1938 and acts as a federal law that sets minimum age requirements for workers, as well as minimum wage and overtime. The FLSA also defines what type of behavior can be considered as “working”. For example, most employers will not pay an employee for their commute to work, but do pay for all work completed no matter the time or place.

The Whistleblower Protection Act of 1989 protects federal whistleblowers who report agency misconduct while working in government facilities. A federal agency may be culpable for violating this act if they take, or threaten to take, personnel retaliation against a job applicant or employee due to disclosure of information. Workplace retaliation could include firing or laying off, demoting, blacklisting, failure to hire or rehire, making threats, intimidation or harassment, denying overtime or promotion, reassignment, disciplining, denial of benefits, or reducing hours or pay. Whistleblowers who believe that they have been retaliated against because of their actions have the right to file a complaint with the U.S. Department of Labor.

The Age Discrimination in Employment Act of 1967 protects job applicants and employees who are 40 years of age or older from discrimination based on age. This employment law covers discrimination in hiring, discharge, promotion, compensation, privileges, and other terms and conditions. Enforced by the Employment Opportunity Commission (EEOC), this law applies to employers with at least 20 employees, federal government, employment agencies, state and local government, and labor organizations with at least 25 members. It does not apply to elected officials, military personnel, or independent contractors. Under ADEA, an employer can not mention age or state that a certain age is preferred in job ads. An employer also cannot set age limits for training programs or force you to retire at a certain age.

The Family and Medical Leave Act (FMLA) of 1993 require employers to provide eligible employees with unpaid, job-protected leave for family and medical reasons. Under FMLA, an employee is entitled to a total of 12 weeks of leave in a 12-month period. To qualify for these benefits, an employee must have worked with the company for at least 12 months consisting of at least 1,250 hours within the 12 month period. There are a number of reasons an employee may choose to take family or medical leave, such as the birth of a child, to care for the employee’s child, parent, or spouse who has a serious medical condition, or due a serious injury or condition that makes the employee unable to perform daily work duties.

The Civil Rights Act of 1964 outlaws discrimination by employers based on color, race, sex, religions, or national origin. It also requires equal access to employment and public places. This Act generally applies to employers who have at least 15 employees, which may include local, state, or federal governments. In Title VII it states that the Act also applies to public and private colleges, universities, labor organizations, and employment agencies. If you believe that you have been discriminated against as a job applicant or employee, you have the right to file a complaint with the EEOC who will notify your employer of the discrimination charge and begin an investigation to determine the validity of the complaint.

Learn more about the Civil Rights Act in our blog, 6 Common Types of Discrimination in the Workplace

The Americans with Disabilities Act (ADA) became a law in 1990. This law makes it illegal to discriminate against people with disabilities in transportation, communications, public accommodation, governmental activities, and employment. A person with a disability may include any person with a physical or mental impairment that causes limitations, has a record of impairment, or is regarded as having impairment. The ADA covers employers with 15 or more employees, as well as employment agencies and labor organizations. The Act covers all aspects of employment, such as hiring, firing, compensation, advancement, job training, and privileges.

As an employee in the state of Virginia, you are protected under a number of laws that help ensure that you are treated fairly in the workplace. If you believe that your employer has violated any employment law, you’ll want to seek the advice of an experienced employment attorney. Our legal team can go over all evidence to see whether or not you have a viable case. Contact The Brown Firm today for a legal consultation.