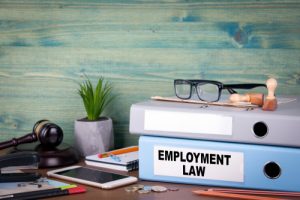 There are state and federal laws that ensure employees and potential employees are protected against discrimination and protect their right to a safe workplace environment. When employers violate the rights of an employee that are protected by employment laws, employees have the right to protect themselves through legal action. 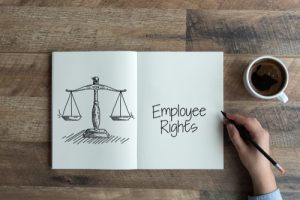 Aspect of Labor Law Rights of Groups of People (Unions)

Labor laws are laws concerned with unions and the right of workers to take part in collective action to bring about change in working conditions and pay. Labor laws protect groups of employees and labor unions, as well as employers.

Labor laws were instituted as a result of the need to correct the inequalities in bargaining power between employers and employees. Modern labor law largely did not exist in the United States prior to a wave of statutes passed beginning in 1935 with the National Labor Relations Act (NLRA). Early labor advocacy efforts in the late 19th and early 20th centuries were met with adversarial litigation, such as the application of the Sherman Antitrust Act of 1890, to unions in an 1893 decision, United States v. Workingmen’s Amalgamated Council of New Orleans. Before the NLRA, employees’ rights to organize, bargain, strike, or take other collective action were largely fought against, reaching the Supreme Court. Today, it is currently the most important and widely accepted labor law in the United States. The law addresses three different scenarios:

It is also important to note that while there are federal labor laws, some matters are still at the state’s discretion. For example, Virginia is a “right to work” state, where an employee can decide for themselves whether or not they want to join a union in their workplace. “Right to work” forbids unions from requiring all the employees that benefit from union negotiations to join and pay dues to that union as a condition of their employment.

If you feel your employer has violated an employment or labor law, reach out to The Brown Firm today for legal advice and representation. Our team of qualified attorneys will address your workplace concerns and ensure you are protected by federal and state employment and labor laws.