In 1990, Congress passed the Americans with Disabilities Act (ADA). It was intended to assist individuals with disabilities overcome barriers in society. This included equal access to opportunities for employment, public facilities as well as public transportation services and more. The Supreme Court handed down an interpenetration of the ADA that was very narrow. Congress immediately reacted to the court’s decision. 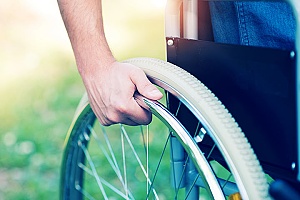 In 2008, Congress enacted a variety of changes to the ADA. This was provided in the form of the ADA Amendment Act (ADA-AA). The ADA-AA was designed to reverse many of the court’s decisions that restricted the ADA. The goal of the amendment was to enact a comprehensive national mandate to end discrimination against people with disabilities. It was designed to provide standards that were consistent, strong, clear as well as enforceable. The amendment expanded the protections provided under the ADA.

The ADA consists of three main sections. Title I addresses issues that involve employment. Title II details the responsibilities of state and local governments. Title III deals with public accommodations. This is an umbrella category that applies to businesses and services that are utilized by the public. 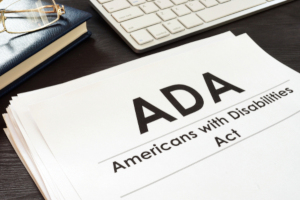 The ADA focuses on determining if a person’s impairment can be considered substantially limiting. This determination must be done “without regard to the ameliorative effects of mitigating measures.” There are a number of things that can be considered mitigating measures. They might include things a person uses to decrease or even eliminate the impact of an impairment in their life. This could be items such as medical devices, medications and more. When a person’s condition is episodic or in remission, and it still significantly limits their major life activity, it is considered a disability under the ADA.

The ADA-AA has significantly expanded what is covered under the ADA. This has resulted in a common question asked during many current disability discrimination cases. Can it be established that an employer has met their obligations with regard to a disabled employee who is otherwise able to do a job? Based on the terms of the ADA, a disabled person who has the qualifications to perform a job, and are able to satisfy the main requirements of the job and can perform the essential functions of the position must be accommodated. Employers are required under the ADA to provide reasonable accommodations to a qualified disabled employee who request them.

Under the ADA, reasonable accommodations by an employer could involve taking actions to modify a work area that is not a threat to safety or that causes an undue hardship for the employer. Doing this could involve a number of different actions. It could involve everything from modifying a working schedule as well as the use of leave, altering facilities to make them more accessible to the disabled, reassignment to a vacant position and more. Courts have determined that under the ADA-AA, a number of other things are also considered to be reasonable. 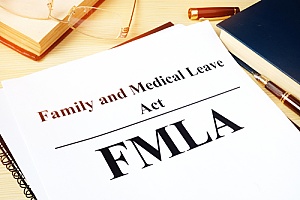 These include but are not limited to teleworking, medical leave, flexible work schedules, moving non-essential job responsibilities to other workers when the other worker is capable of performing them. There could also be breaks designed to rest and recover between assignments. Performing job duties from a seated position, utilizing lift device as well as providing a sign-language interpreter during meetings, training sessions and more.

The parts of the ADA that prohibit any type of job discrimination are enforced by the U.S. Equal Employment Opportunity Commission. A person with a disability has 180 days after an event to file a claim. The commission will then investigate the claim and work to resolve the issues using conciliation procedures. .

We Are Ready To Fight For You!

If you have a disability and believe that you were discriminated against by an employer on that basis, The Brown Firm PLLC can help you. Call our office at 703.828.0900or send us a message online to schedule a consultation. We will be able to evaluate your case and advise you of your options before you move forward.