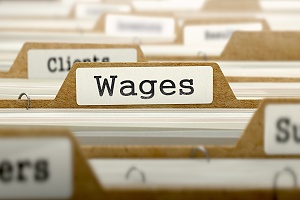 United States law is quite clear on the subject of hourly pay. Workers must all receive pay for any and all hours they work. It is common practice for some employers to try to circumvent these rules by asking workers to work through lunch, come in early to prep for their shift, or simply by asking them to work unpaid extra hours. These are all clear violations of the Fair Labor Standards Act or FLSA. Understanding how wage and hour disputes work can lead to an overall better understanding of your case.

The FLSA states that if you work for an hour, you must be paid for that hour and you must get at least the minimum wage. If your hours exceed 40 for a week and you are not in an exempt position, your employer also owes you overtime. It is very common for employers to try to cheat workers out of their wages or overtime, but this is illegal and a violation of your rights.

One of the most common ways that employers do this is by claiming that workers are exempt from overtime when they are not. Most workers do not know the law well enough to know which roles count as exempt, so they take the employer’s word for it. Our law firm has successfully prosecuted many cases where a worker who was illegally classified as exempt sued for their unpaid back overtime.

The Difference Between Exempt and Non-Exempt

The most complex, and also most important, aspect of the FLSA is the part that determines which employees benefit from the protections of the law and which do not. The ones that do not are called exempt, and employers claiming their workers as exempt is one of the most common types of workplace fraud. That is why you as a worker cannot trust the opinion of your employer as to whether you are exempt or non-exempt.

There are many workers who are non-exempt, and therefore are entitled to overtime pay, even though common wisdom says otherwise. For example, managers and people who earn a salary instead of an hourly wage can still be entitled to overtime. So can independent contractors. That is why it is so important to talk to a lawyer who is familiar with the details of labor regulations. Many workers are surprised to learn that they thought they were exempt and had been working uncompensated overtime for months or even years. 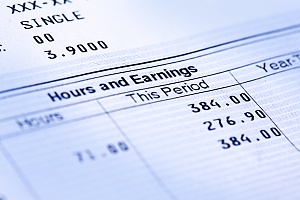 Think about the following questions. They might help you learn if your employer is incorrectly classifying you to avoid paying you overtime. First of all, have they ever changed your time card? Do they ask you to take work home and finish it there, off the clock? Do they ask you to do prep work for your shift before it officially starts? Do you frequently work through lunch or work early or late without pay? If the answer to any of these questions is yes, your employer might be trying to make you perform unpaid labor, which is illegal under the FLSA.

The Case of Tipping

Because jobs that involve tipping as part of the regular compensation fall under different regulations from other jobs, many employers violate the law deliberately or accidentally. The confusion around tipping and how it relates to wages gives employers an opportunity to exploit their workers. There are several practices in tipping jobs that are violations of labor law. For example, some managers charge the wait staff for tables that walk out. This is illegal.

It is also illegal for the managers to participate in the tip pool if the staff pools their tips together. In addition, although everyone knows that tipped workers have a lower minimum wage, few remember that tipped workers must make at least the minimum wage when accounting for both wages and tips. The hourly rate for a waiter in a given state must provide them with at least that state’s minimum wage when including tips, for example, or their employer is illegally underpaying them. The complexity of labor law for tipping professions means many workers don’t know their rights and are vulnerable to unscrupulous managers. Don’t let yourself be exploited.

If your employer retaliates against you in any way after you try to hold them accountable under the FLSA by getting a lawyer or opening a lawsuit, they have broken the law. You may be entitled to more damages because of their attempted retaliation. 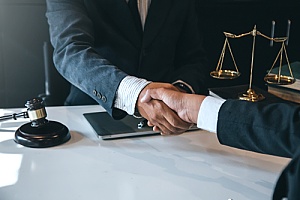 Wage and hour disputes can be a difficult task to approach. If you believe that you have grounds to pursue a wage and hour dispute in Virginia, contact The Brown Firm PLLC by phone at 703.828.0900 or send in an online inquiry to discuss your case. We can advise you on what your options are before you take serious action in any wage or hour disputes that may come your way. Call us today to learn how we can assist you.