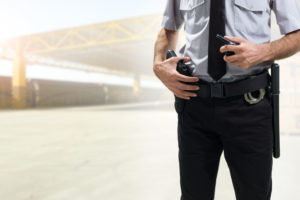 If you are dealing with the reality of being subject to excessive force by a police officer, you may feel helpless and confused. Law enforcement officers have a responsibility to ethically and dutifully engage with the public without causing harm whenever possible; however, if an officer has used more force than was necessary when interacting with you, your rights may have been infringed.

When police officers take up the mantle of their jobs, they typically swear an oath. Within this oath are ethical stipulations intended to guide how they behave both on and off the job. They swear to serve the community, protect innocent people and their property, defend against oppression, and remain peaceful when faced with violence. They also pledge to respect and uphold the liberty, equality, and justice constitutionally granted to each individual.

Thus, when an officer of the law uses excessive force, a number of ethical conflicts occur. If you have had a threatening encounter with an officer, be sure to seek legal counsel to determine whether you have been a victim of excessive force.

Police officers pledge not to let their personal feelings, political beliefs, prejudices, or friendships influence how they approach a situation, and the International Association of Chiefs of Police adopted a Law Enforcement Code of Ethics that directly states, “I will enforce the law courteously and appropriately without fear or favor, malice or ill will, never employing unnecessary force or violence and never accepting gratuities.”

When excessive force is used to resolve a situation, an officer has broken his ethical responsibilities. However, the boundaries crossed exceed merely the promise not to use force when not necessary. 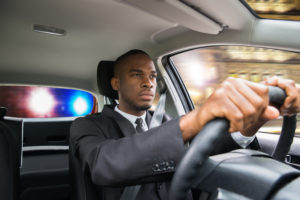 One of the major infringements an officer is guilty of when using unnecessary force is the abuse of authority. Law enforcement officers are put in a position of power for the purpose of protecting and serving others. Ethically, they have a responsibility not to use the advantages of the position to further their own agenda or make life easier for themselves, such as by resorting to unnecessary force to more quickly and easily conclude an encounter. Officers are expected to use the minimum force required to de-escalate and resolve a situation, even if that solution is not simple or quick.

The institution of the police bears some inherent notion of trustworthiness and integrity. When an officer utilizes excessive force, that trust within the community is broken, which can have lasting consequences. When people do not trust officers as much, they may no longer make reports, which can leave a community vulnerable to criminal activity. An officer’s integrity is critical not only for his own ethics but for the sake of the people he protects.

Not Protecting The Weak Against Oppression

One of the main ethical duties assigned to officers is to defend the weak who cannot protect themselves. When an officer uses their position of power to take advantage of the community and its members, they have breached their ethical standards that promise to stop oppression.

Disrespect To The U.S. Constitution

Perhaps the most notable violation that an officer commits when engaging in excessive force is their disrespect to the United States Constitution. This important document lays out the rights of individuals to benefit from due process and protects them from infringements such as unreasonable searches and seizures. When an officer fails to uphold an individual’s constitutional protections and behave in a manner that protects their rights, that person becomes vulnerable to injustice and harm. This use of excessive force may not be evident in physical acts, although the use of weapons and combative actions are some of the most common excessive choices. However, verbal threats or coercion into giving a confession or admitting guilt also constitute force that is excessive. 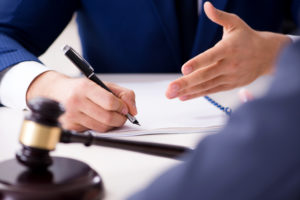 If you suspect that you have been the victim of excessive force by a police officer, the most important step you can take is to seek legal representation. An attorney who specializes in excessive force cases will be able to assist you in seeking the best possible outcome and advocating on your behalf. It is also important that you document everything that happened as soon as possible after the incident. This includes making copies of important conversations on social media or via text, as well as writing down as much of what happened as you can remember. This will assist your legal team when they represent you.

The Brown Firm would be happy to represent you if you have been a victim of police brutality or excessive force. Reach out to schedule a consultation with our skilled lawyers.