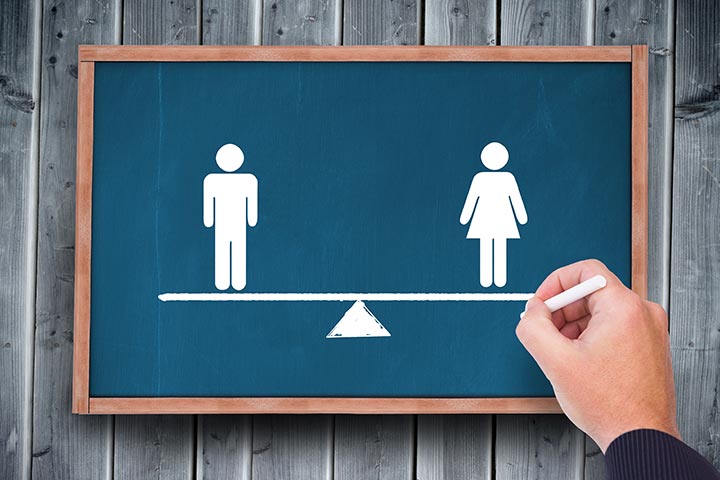 Gender discrimination in the workplace usually involves some negative action that relates to your employment. It could be an assignment to an undesirable or gender-specific role, or it could relate to a promotion or reduced pay. If you have been fired, rejected for employment, or suffered any other negative employment action because of your gender, you may have a valid legal claim for gender discrimination. Contact an employment attorney to discuss your legal options.

Difference Between Sex and Gender Discrimination

The terms “gender” and “sex” are usually used interchangeably in everyday language. However, they have different meanings in the context of discrimination.

What is Sex Discrimination?

Sex discrimination occurs any time that someone is treated differently because of their sex. In the workplace, the following employment actions are common sources of workplace discrimination claims based on sex.

Job classification and benefits can also be a key area for gender discrimination in the workplace.

The Civil Rights Act of 1964 has a specific section that addresses gender discrimination in the workplace. It is commonly referred to as Title VII. This law explicitly makes it illegal for employers to discriminate against anyone on the basis of sex when making decisions regarding:

Other states also specifically offer protections based on sexual orientation and gender identity. Currently, however, Virginia does not offer such protections under state law. But because of the relatively new expansion of federal law, members of the LGBT community are protected based on sex discrimination under federal law.

The Equal Pay Act (EPA) also affects gender-based discrimination and specifically addresses the wage gap between men and women. This Act also extends to benefits, profit sharing, etc. as well. It calls for equal pay for men and women who have equal work in the same business or company. The jobs themselves do not have to be precisely identical, but if they are substantially similar, then the pay rates should be the same.

The EPA makes proving wage discrimination based on gender easier than proving it under Title VII. For example, under Title VII, the victim has to show that the employer intended to discriminate based on sex. There is no such requirement under the EPA.

The EPA requires that the job have similar working conditions, and require skill, effort, and responsibility that is relatively the same. Working conditions include both hazards involved in the job and the physical surroundings (e.g., temperature or ventilation).

Once unequal pay treatment is found, the employer is not permitted to decrease the wages of either employee. Wages must be increased until they are equal.

The EPA also applies to those employees who work before or after another employee in the same role. For example, if the employer was paying a man $10.00 to do the job, and that employee leaves, the employer cannot then hire a woman to fill his place and only pay her $9.00 to do the same job.

Although harassment is addressed in other forms of discrimination, it is often considered a unique issue in the context of gender. Employers are required to address any sexual harassment situations that occur in the workplace that they know about or that they should be aware of. This obligation extends to situations where supervisors or managers are harassing lower-ranking employees because of their gender.

Sexual harassment includes unwanted sexual advances. This could involve physical touching or consistent crude remarks. It could also include requests for sexual favors or any other harassing conduct that is based on sex.
Harassment does not have to be sexual in nature or targeted toward an individual. It can include comments about a gender as a group. However, the law does not protect against simple teasing or singular incidents. Harassment is, by definition, frequent and severe. It becomes illegal when it creates a hostile work environment.

Keep in mind that the victim and the perpetrator can be both either male or female—sexual harassment does not occur only to women.

Related Discrimination that is NOT Protected by Federal Law

Women and men often go through different life events, which can increase the likelihood that they will be treated differently at work. Although the following treatment is not advisable for employers, it is not technically protected as gender discrimination under federal law. Some states may offer these additional protections, however.

Is Gender Ever a Qualification of a Job?

Gender can be a qualification for a job and fall outside of the prohibition of gender discrimination in the workplace. However, these situations are rare. Gender must be an absolutely essential part of the job, which is commonly referred to as a “bona fide occupational qualification.” The most common example is actors and actresses.
Employers cannot refuse to hire a specific gender because of things like co-worker preferences, traditionally male or female occupations, stereotypical characteristics of the sexes.

If you believe that you have suffered gender discrimination in the workplace, then you may have a legal claim. Successful claims can often collect monetary damages that address your losses related to:

In some situations, you may also be able to recover attorney fees, costs associated with expert witnesses, and court costs.

A skilled employment discrimination attorney can help you use the right government agencies and the court system to address gender discrimination in your workplace. You do not have to sit back and endure—you have legal options. Contact The Brown Firm PLLC for more information.