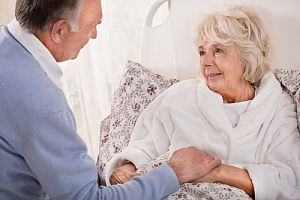 Medicare fraud takes advantage of our elderly citizens and costs doctors and patients more each day in medical expenses than necessary. Luckily, there are good people in the world will report any act of Medicare fraud they may have witnessed.

Such people deserve a reward for taking the time out of their own lives to make sure that these crooks who prey on the elderly get what they deserve. But how do they get their rewards, and what steps must be taken?

What is Medicare Fraud?

First, what is Medicare fraud? Medicare fraud is a form of identity theft. Someone will obtain the Medicare information of an elderly citizen and use it to claim reimbursement for health care services that they never received or aren’t entitled to.

If you or someone you know is on Medicare, keep a watch out for callers claiming to be with the U.S. Centers for Medicare and Medicaid Services. These calls ask for the Medicare card number, along with other personal identifying information. Medicare cards and information should be protected as one would a credit card or social security card.

Other common types of Medicare fraud are:

Why Does Someone Become a Medicare Whistleblower?

Why someone would want to become a Medicare whistleblower can boil down to a few reasons. For one, they may feel it’s their duty. Medicare fraud not only hurts our healthcare system and the government, but it also preys on the elderly men and women in our country. 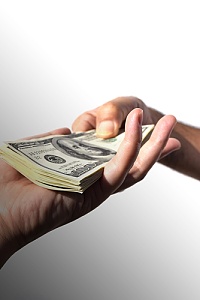 Others may do it for the possible reward they can get from the government. Due to the strain that Medicare fraud puts on healthcare and the money it costs the government, the Department of Justice (DOJ) is more than willing to reward whistleblowers, provided said whistleblowers can prove the fraud they claim to have witnessed.

Rewards aren’t given automatically, unfortunately. You have to work for it and prove the fraud you’re claiming took place. Only then can you receive a reward. If you’re the first to report the fraud, you could receive roughly 15 – 30 percent of the funds that the government recovers from the defendant.

Step 1. The first thing you need to do as a Medicare whistleblower is hire an attorney and file a complaint under the False Claims Act (FCA). You then must provide the attorney all the details of the alleged fraud.

Luckily, most attorneys will take whistleblowing cases on a contingency basis. This means that you don’t have to pay for them out of pocket. Their payment will come as a portion of the rewards you receive.

Step 2. You and your attorney must be the first to report the Medicare fraud reward application. The DOJ only pays ONE whistleblower per scheme, and it goes to the first to file a claim.
Therefore, the moment you become aware of a Medicare fraud scheme you must report it in hopes of being the first.

The only time additional rewards are allowed on a scheme is if the defendant is committing several different types of fraud.

Step 3. Unless you’re the original source of a scheme that’s already been made public (and you must be able to prove that you are), then you aren’t allowed to claim a reward for being a whistleblower.

One exception could be if you have information that is independent of the current allegations, but only your attorney will be able to determine that.

Step 4. Once everything is finalized, the defendant must first pay the government the required amount to resolve the fraud allegations. Your attorney will then negotiate with the government the exact percentage you should receive (again, somewhere between 15 and 30 percent).

For example, say a hospital or insurance company repays the government $5 million. Your reward could be somewhere between $750 thousand, or $1.5 billion. 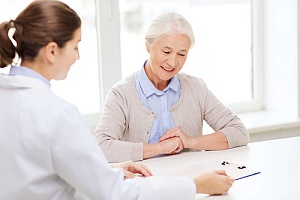 On the flip side, if the government gets nothing, you also get nothing. Therefore, it’s important that you have solid proof of a fraud scheme so that you and your attorney don’t waste time and money. Many attorneys won’t even take a fraud case if it doesn’t meet their minimum fraud threshold (usually $5 million).

Whatever your reason for whistleblowing on a Medicare fraud scheme, it’s important to do your research and make sure you have proof to back your claims.

We encourage you to speak to an employment law attorney at The Brown Firm PLLC to get more information about Medicare whistleblowing and how you can receive your rewards.