› Civil Rights › How Much Can I Win From An Unlawful Detainment Case?

When a law enforcement officer detains someone without a warrant and without probable cause that they have engaged in illegal activity, the officer may be guilty of unlawful detainment.

Any individual who is prevented by an officer from leaving a location under these circumstances should seek legal counsel to defend their Fourth Amendment rights, which protect them against unreasonable searches and seizures. In this case, it is they themselves that have been unreasonably seized.

What Damages Can Victims Of Unlawful Detainment Receive?

Those who have been subject to unlawful detainment can use legal avenues to pursue damages against the law enforcement officer(s) responsible. The types of compensation available depend upon the specifics of the detainment, including how long it occurred and whether or not the person was injured during the process.

A skilled civil rights attorney can assist victims of unlawful detainment in achieving much higher value in damages compared to victims who represent themselves; be sure to consider that the cost of an attorney may be outweighed by the much higher compensation received as a result in the case. 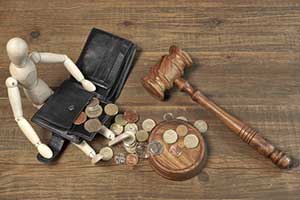 One of the primary factors that determines how much an individual can win from an unlawful detainment case is how long they were detained and how that detention impacted their earning capacity. If someone was prevented from returning to work for weeks or months, they can claim damages for the lost wages that they would have earned at their place of employment during that time.

Other job-related issues, such as potentially losing their job as a result of not being allowed to attend work, can generate additional damages as a result of the detention’s impact on their earning capacity.

If a police officer used force to prevent an individual from leaving as part of the unlawful detainment event, the victim may have received injuries in the process.

Damages sought in court can assist in covering any medical expenses related to the treatment of the victim during their unlawful detainment, and additional compensation may be provided for any long-term medical treatments that are required as a result of the incident.

Being detained without cause or warrant is stressful, both physically and mentally. In addition to the tangible effects of unlawful detainment, such as losing working wages and other potential opportunities in one’s life, the court may find that the detainment caused intangible damage to one’s mental and emotional wellbeing. As a result, some victims can receive damages in accordance with pain and suffering. 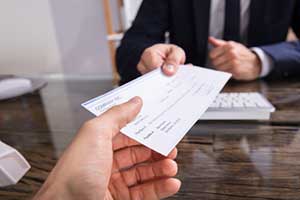 In order to receive damages in court, the victim and his or her legal counsel must typically prove that compensation is owed. Most often, this occurs through demonstrating someone’s typical wages and correlating that amount to the length of employment missed during detainment, or by providing copies of medical bills.

However, the court also understands that some acts naturally result in damages and does not require proof; these are presumed damages, and they are tied to the violation of a person’s civil rights in unlawful detainment cases.

Depending upon the details of the case, the plaintiff’s legal counsel can pursue punitive damages that are meant to punish the law enforcement officer for conduct that was especially problematic.

The police department or municipality may be responsible for paying these damages, which are typically assessed as a deterrent to prevent further unlawful detainment cases in the future.

What Is The Average Settlement For Unlawful Detainment?

Each unlawful detainment case is unique, which means that determining the amount that could be awarded is impossible outside of the courtroom. Amounts range widely depending upon the details of the case, the specific actions of the law enforcement officer(s), and the potential injuries or previous employment of the victim.

It is not uncommon for the court to award damages in the six-figure range, with some cases approaching $700,000 in compensation. To understand how much your case may be worth, it is important that you speak with a skilled civil rights attorney who can examine the details of your situation.

Any individual who believes that they may have been a victim of unlawful detainment or other police misconduct should reach out to an experienced legal professional as soon as possible after the incident.

The Brown Firm would be happy to review the details of your situation and help you to determine not only whether you have a case, but how much you may be able to win in court. Reach out to schedule a consultation with an expert civil rights attorney.