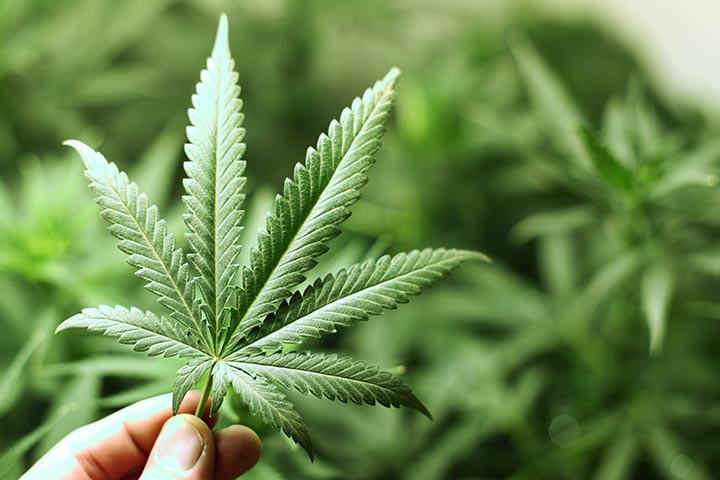 In the state of Virginia, marijuana possession is a crime that carries several levels of penalties depending on the amount of marijuana and whether or not the state believes there was intent to distribute the drug. Virginia law can carry some very stiff consequences for those who are caught in possession of marijuana, particularly when it is not the first offence, and even more so if intent to distribute is suspected. Obtaining legal advice is always a wise choice for anyone who has been charged with marijuana possession in Virginia at any level.

Possession of marijuana in VA is a Class 1 misdemeanor offence when the amount of the drug is less than half of an ounce. This amount is seen as a simple possession offence for personal use with no intent to sell or distribute the drug to others.

Misdemeanor marijuana possession charges do not carry a mandatory minimum sentence, with the exception of a required six-month suspension of driving privileges. As a result, a number of factors will come into play in terms of the final sentence for someone who is convicted. Other past criminal behavior and circumstances surrounding the drug charges will both play a role in the judge’s decision regarding sentencing.

For a first time offender, there is the possibility of avoiding incarceration with the option of probation, drug treatment, and community service. Those who are given a probation sentence will be required to submit to regular drug tests as well as enter a program of rehabilitation from drug use. The judge may also require up to 24 hours of community service as part of the sentence for a misdemeanor marijuana charge.

Even if you are sentenced to probation rather than incarceration, you will still be considered a convicted drug offender, and if you are charged a second time the sentence will be considerably harsher. Second time offenders will not receive the same leniency offered to first-time offenders, regardless of whether a probationary sentence was handed down the first time.

If you are charged with possession with intent to distribute marijuana, the consequences are much more severe than for those charged with simple possession. These charges are felony charges, and carry heavy sentences, including mandatory minimum jail sentences.

The sentence for a felony possession with intent to distribute charge depends on the amount of marijuana found in your possession. Possession of an amount between one half of an ounce and 5 pounds is a Class 5 felony and carries a minimum sentence of one year in prison, with a maximum sentence of ten years in prison. Fines may be levied of up to $2500.

There are a number of extenuating circumstances that can impact the charges and sentencing for felony marijuana possession, including sale of marijuana to a minor, transportation across state lines into Virginia, and manufacture. All of these additional charges will impact the sentence.

How Charges Are Determined

Whether you will be charged with a misdemeanor or a felony and the type of charges laid depends on a few factors. First and foremost is, of course, is the amount of marijuana in your possession. Smaller amounts are generally viewed as being for personal use, and unlikely to bring intent to distribute charges. While the limit according to the law is one half of an ounce for personal use, in some cases the courts may decide to bring misdemeanor charges instead of felony based on other facts of the case.

The court will also have to prove that you knowingly and with intention possessed the marijuana. In cases where the drugs were found not directly on your person, but in proximity to you – such as in your home or vehicle – the task of proving knowing and intentional possession becomes more difficult for the prosecutor. A good defense attorney will be able to use this burden of proof to the advantage of the accused.

Absent any actual selling or distributing activity, the court will be required to present evidence indicating that you were intending to engage in those activities to successfully prove those charges. Larger amounts of marijuana are a strong indicator of intent to distribute, but this is not the only evidence that may be used.

Lack of personal use paraphernalia is one factor that may be considered, as well as presence of large amounts of cash that may indicate previous sale of drugs. Presence of distribution paraphernalia, such as scales and packaging to separate the drug into smaller portions, will also be brought into evidence.

All of the factors surrounding the arrest for marijuana possession will become part of the final charges, and will also impact the odds of conviction. As a result, it is important to remember that simply being arrested for being in possession of or in close proximity to marijuana does not guarantee either the charge or the conviction. This is where a good defense attorney can make a difference.

Due to the difficult nature of proving possession of marijuana was knowing and intentional, and the additional difficulties of proving intent to distribute, both charges can be successfully fought in a court of law. Experience with the law and the factors that impact the verdict are vital to avoiding a conviction.

In addition to increasing your odds of acquittal on drug charges, an experienced attorney can also help reduce charges and improve the chances of a lighter sentence in the event that you are convicted. While many drug charges carry a mandatory minimum sentence, it is possible for an attorney to have accompanying charges dropped or plea bargain to reduce the severity of the charges prior to the case reaching a courtroom. Facing lesser charges reduces the mandatory minimum sentences and dropping of additional charges prevents sentencing to concurrent incarceration periods or higher fines. In some cases, an attorney may be able to have charges dropped entirely before the case goes before a judge.

These efforts on your behalf prior to facing a judge in court are the first line of defense against a marijuana possession charge. If the case does reach the courts, a defense attorney will be able to provide the in-depth knowledge of precedents and the wording of the law that can then assist with obtaining an acquittal.

In the courtroom, all of the state’s evidence will be presented including testimony of witnesses and of the law enforcement officers involved in the arrest. In addition to those things already mentioned as factors in proving knowing possession and intent to distribute, the testimony of law enforcement will play a crucial role. When you are faced with any sort of marijuana arrest, it is important to invoke your right to remain silent. Anything you may have said to the officers at the time of the arrest will be presented as evidence to help make the state’s case proving that you were intentionally in possession of the drugs or that you had the intention to sell or distribute the drugs.

Remember that it many cases, conviction on drug charges comes down to the state’s ability to prove two very difficult things: your knowledge and intention. Reasonable doubt is a vital part of obtaining an acquittal in these cases, and an experienced attorney can help.

When facing drug charges, it is important to locate and hire an attorney who is experienced with the specific laws in the state of Virginia pertaining to drug possession. A local attorney who knows the courts and judges will give you an extra edge when it comes to successfully fighting the charges. The right attorney will also have a strong reputation in the area and a good record of winning marijuana possession cases in the past.

Do not wait to hire an attorney – do so as soon as you have been arrested so that the wheels can be put in motion to have charges dropped or reduced even before you face a judge. Having a good attorney by your side from the beginning will allow you to fight for your rights every step of the way. It will also help you to avoid pitfalls that may result in more serious charges or a stiffer sentence when the verdict is handed down.

Marijuana possession in Virginia can be a very serious offence, and the courts do not take these cases lightly. There is no substitute for solid legal advice and having a knowledgeable attorney at your side when you face such charges.