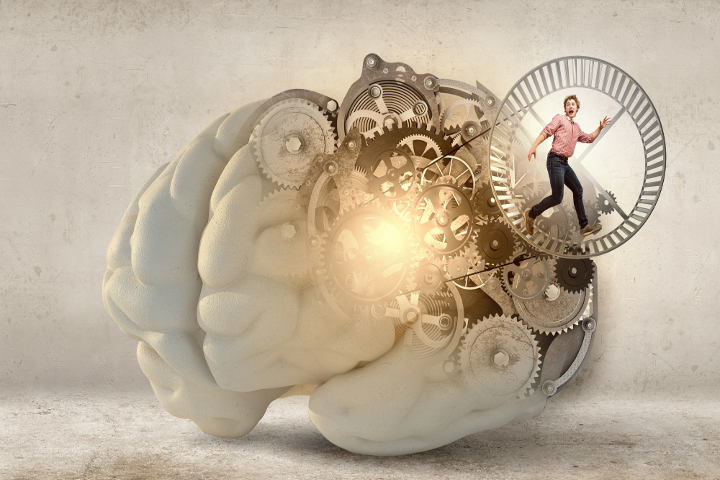 For most crimes, criminal intent – or “mens rea” – is a common element, but not always. A crime can be defined as an act determined by state legislature or Congress to be against the law. A person who knowingly breaks the law is said to have acted with criminal intent. The cognizance of doing what is against the law is often referred to as “mens rea,” Latin for “guilty mind.”

The “mens rea” concept is based on the idea that people should receive punishment for their actions only when they acted in a way that makes them morally blameworthy. In the eyes of the legal system, those who knowingly and intentionally engage in behavior forbidden by the law are considered to be morally blameworthy.

The guilt or innocence of a person depends on whether he or she committed the crime and on whether he or she actually intended to commit the crime. Many modern penal codes have developed levels of “mens rea” that follow the acronym CAR: Conduct, Attendant circumstances and Result. A person’s level of guilt is therefore determined by the conduct of the defendant, the circumstances surrounding the crime and the results of the defendant’s actions.

Carelessness is Not a Crime
“Ordinary” careless behavior is not considered a crime. If a careless (negligent) driver causes an accident, he or she is not usually charged with criminal behavior, although the driver may still be required to pay civil damages to compensate for the harm that he or she caused.

Negligence is an area of tort law where the harm caused is the result of carelessness rather than the intent to harm. Negligence cases are extremely fact-specific and require the plaintiff to prove all the elements of his or her claim.

Recklessness usually occurs when the suspect is aware of any adverse situations that his or her actions could cause but goes ahead anyway. For a person to have committed an act of criminal negligence, the defendant must have failed to foresee how his or her actions would lead to harm of property or of another person. Carelessness can be a crime if a person “recklessly disregards a substantial and unjustifiable risk.” The judge and jury of the case are responsible for determining if a person’s behavior is serious enough to be classified as “mens rea”.

Unintentional Conduct vs. Intentional Conduct
It is possible for a person to unknowingly engage in illegal conduct and be morally innocent. A person who engages in illegal conduct because he or she misperceives reality is not guilty of “mens rea” and is said to have made a “mistake of fact.” If Joe Lunchbox punches Jake Qwerty because he reasonably, but mistakenly, thought that Qwerty was about to hit him, Lunchbox would not have “mens rea”.

“Knowing” Engagement in Criminal Conduct
Some laws only punish those who “knowingly” engage in illegal conduct. The “knowledge” that a person must possess in order to be guilty of such a crime depends on the behavior that a law makes illegal.

“Malicious” or “Willful” Behavior
When used by the common layperson, “malicious” is used to mean “spiteful” or “wicked.” In criminal statues, however, “malicious” is usually synonymous with the terms “intentional” and “knowing.” As a result of association with these words, the term “malicious” usually doesn’t add anything to a “mens rea” requirement.

The term “willfully” usually doesn’t add anything to a “mens rea” requirement. In some cases, however, the term “willfully” in a statute has been interpreted to require the government to prove not only that a person acted with full intent, but also that the person fully intended to break the law. This is an unusual case where “ignorance of the law” actually is a valid excuse. In one case, a federal law made it illegal to bring more than $10,000 in cash into the United States without alerting the customs officials. The Supreme Court ruled that, in order to convict a person of violating this law, the government would be required to prove that the person was aware of the law’s requirements. (Ratzlaf v. U.S., 510 U.S. 135 (1994).)

What Are “Specific Intent” Laws?
“Specific intent” laws require the government to go beyond showing that a defendant acted “knowingly.” The prosecution will be required to prove that the defendant had a particular purpose in mind when he or she engaged in the illegal conduct under discussion.

Many theft laws require that the prosecution prove that the defendant took property “with the intent to permanently deprive a person of the property.” To convict the defendant of theft, the government is required to prove that the thief fully intended to part the victim from his or her property forever. A culprit who drives away in another person’s vehicle without permission and returns it several hours later may be convicted of “joyriding.” However, if this same person takes the car without permission and takes it across the country, he or she may be said to have demonstrated a specific intent to permanently deprive the owner of the vehicle. In this case, the culprit will be guilty of the more serious crime of car theft.

“Motive” and Criminal Law
“Motive” refers to the reason behind an illegal activity. A person’s need to raise money quickly to pay off a bookie could be the motive behind a robbery. Revenge for a personal insult could be the motive behind a physical attack. Prosecutors often give motive evidence as circumstantial evidence that the defendant acted intentionally or knowingly. If the judge and jury know that the defendant had a motive to commit an illegal act, they are more likely to believe that the defendant had “mens rea”. To lighten their sentence or to remove their culpability, defendants may offer evidence proving that they had no motive to commit a crime. A lack of motive can demonstrate reasonable doubt of guilt.

When Mens Rea is Not Required
Some laws do not require “mens rea” and will punish people who are morally innocent. Such laws are called “strict liability” laws. The common justification for a strict liability law is that the resulting social benefits caused by strict enforcement outweigh the harm caused to the morally blameless. Below are two examples of strict liability laws.

Statuary Rape Laws
In some states, it is illegal to have sexual intercourse with a minor. These laws are called “statuary rape” laws. Even if the defendant honestly and reasonably believed that the sexual partner old enough to legally give consent, the defendant will still be prosecuted.

Sale of Alcohol to Minors
Many states will punish store clerks if they are caught selling liquor to minors. “Sale of alcohol to minors” laws require that the defendant be punished, even if the defendant reasonably believed that the minor was at or above legal drinking age.

Strict liability laws such as the two listed above punish even those defendants who make honest mistakes and are morally innocent.

SUMMARY: “Mens rea,” the state of a person’s mind when committing an act declared by law to be a crime, plays a huge part in the culpability of the defendant.