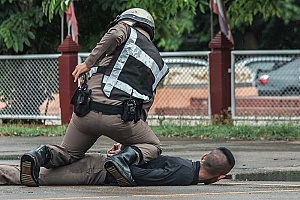 In an ideal world, all police officers would serve and protect their communities and keep everyone safe. Unfortunately, not every police interaction and arrest is carried out fairly and lawfully. While the use of force is sometimes appropriate, some law enforcement officers may take it too far in a chaotic situation and commit police brutality. Police brutality, formally known as police excessive force, is more common than one would think.

What Is Police Brutality?

Police brutality is often thought of as being the excessive and unwarranted use of force against a civilian by a police officer, involving assault and battery or even murder. However, it is actually a broad category that also encompasses verbal abuse, harassment, intimidation, and other types of mistreatment.

Some of the most common types of police brutality involve excessive force, the unnecessary use of force, wrongful shootings, wrongful death, and the misuse of authority, such as sexual assault.

Certain types of police brutality do not involve physical violence. For example, an unlawful search and seizure, falsified evidence, wrongful confessions, dangerous vehicle chases, a failure to protect inmates, and wrongful confessions all fall under this category.

Sometimes police officers will arrest individuals without having probable cause or a warrant. An unlawful arrest or detainment can be physically dangerous and could put your reputation at risk. If you believe you have been arrested without probable cause or a lawful reason, you may have a right to pursue legal action. 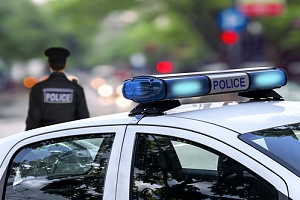 Defendants pleading guilty or confessing to crimes they did not commit is surprisingly common. There are lots of reasons a person might make a false confession, but police coercion is often a factor.

In Virginia, police are not permitted to use psychological or physical coercion to get a suspect to confess to a crime. This includes force, threats, trickery, torture, drugging, or lying. If coercion was used by the police or another party, the suspect’s admission of guilt is considered inadmissible in trial.

When you lose a loved one due to a police officer’s negligence, you may be able to file a civil lawsuit to get compensation for your pain and suffering, loss of companionship, and other damages. However, determining liabilities in these cases can be complicated because police officers often have to make quick decisions in dangerous situations.

Excessive force by police occurs when an officer of the law uses force that is excessive compared to what an officer could reasonably believe is needed in the situation. In these cases, a jury and the court will decide if the situation called for the amount of force based on the circumstances.

What Is Considered Excessive Force

There are lots of factors that go into an excessive force case. It is important to note that excessive force can be used not only in an arrest but also in an investigatory stop or other types of seizures. An officer might also be held liable for not stopping another police officer from using excessive force in their presence.

Excessive force cases might involve chokeholds, tasers, guns, batons, tear gas, rubber bullets, pepper spray, punches, kicks, and handcuffs. Of course, not every police incident involving these factors is considered excessive force, so it is important to consult with an attorney. 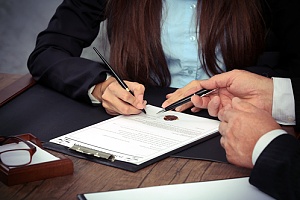 Police have a duty to protect all citizens equally and under the parameters of the law. If you believe that you have been a victim of police brutality, excessive force, or another type of police misconduct, speak to the professional civil rights attorneys at The Brown Firm about your case. Call us by phone at 703.828.0900 or send in an online contact form to speak to our team.