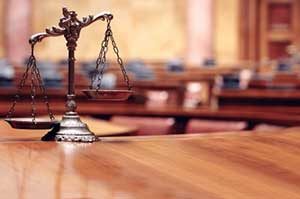 In light of the recent amendment to Virginia’s Payroll Data Breach Notification Law, employees throughout the state might be starting to think about their own experiences in the workplace. If you believe you may have experienced discrimination or harassment from your boss and complained about the incident, you are protected from retaliation. In some instances, however, you might want to plead a case, particularly if your boss imposed a negative job action as a result of the complaint.

Taking Employer Retaliation to Court: What You Need to Know

If you decide to file a lawsuit and take your employer to court for retaliation, you will be required to provide evidence of the following:

Protected activity is classified in two categories: opposition and participation. Employees have the right to oppose any form of illegal activities, including discrimination, harassment, and retaliation. In general, if you tell your boss he harassed you, you are protected against his subsequent retaliation. Participating in a lawsuit related illegal activity is also considered a protected activity.

Under Title VII and similar statutes, negative action on the part of an employer aimed at his employee may be considered retaliation. The statutes, however, are broad and are dependent on an employee stepping up to outwardly make a complaint about discriminatory behavior.

Causation is often difficult to prove and sometimes depends on the employer’s willingness to admit to the activity. To make a firm case in court, the resulting negative job action has to be related to the prior complaint. There can be no retaliation if the complaint and reaction are not related.

Although they are not considered direct evidence, there are a number of indicators that can help connect the events. Consider this list when making a case that your claim and your boss’s actions are related:

Steps to Take to Prove Retaliation in Virginia

First, if you accused your employer of discrimination, determine if the reaction of your boss is considered negative job action. Examples include: firing, demoting, or making the work environment stressful and difficult to continue working. You will also need to have solid evidence. Bring the issue up with another senior staff member at the organization and keep the evidence, especially if it was written in an email.

Since the court is going to want to know what you did, what the result was, and if the two are related, you will want to think back to the incident and take notes as soon as possible, while the event is still fresh in your mind. Without an employer admitting to the alleged activity, gather proof such as emails, witnesses, and comments made verbally.

Most likely, you will have to depend on circumstantial evidence, such as similar actions taken against other workers by the employer. If your boss suddenly starts giving negative feedback on your work or performance, raise the issue to help build your case.

Moving Forward With Your Retaliation Case

Whether you are an employee or employer and are on either side of the retaliation coin, you will want to know your rights and options. Contact our legal team with decades of experience in employment law and civil rights here at the Brown Firm who can help you through such an individualized case. Bring all of your evidence to receive the best advice on your next steps. Contact us today to find if your case is worth pursuing or putting to rest. Seeking legal help is a viable option as you sift through your options and find ways of proving your case.