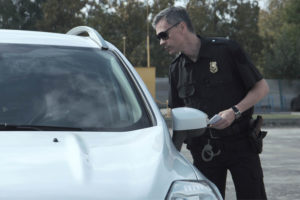 If you or someone you know has had an encounter with law enforcement officers that did not seem to go as anticipated, you may be wondering if the officer was within his or her right to use the level of force that was used. Understanding what constitutes excessive force is an important part of staying safe when interacting with the police, but it is also important to realize that not all physical or verbal acts by police that are considered threatening or aggressive may constitute excessive force.

Why Do Police Need To Use Force?

Police have a challenging role to play in society: maintaining the peace while dealing with individuals who may not be able to be handled without the use of some level of force. For this reason, police officers may need to rely on force from time to time; that does not mean that they have exceeded what is allowed by their position. Instead, police are required to use only the level of force minimally required to defuse a situation and no more.

Understand The Difference Between Reasonable And Excessive Force

Because being a police officer by nature exposes someone to getting into physical altercations and verbal engagements with others that may be construed as aggressive, it is important to understand what excessive force actually is. Reasonable force is permitted for law enforcement officers, but excessive force can land them in legal trouble.

Reasonable force is the minimum amount of force that is required to resolve a situation. Sometimes, this may be as simple as speaking to someone or even just showing up in uniform. Other times, a situation rightly calls for physical engagement such as tackling someone or even using tools like tasers. These acts in and of themselves are not excessive; they qualify as reasonable force if the officer did everything in his or her power to exhaust less aggressive options first. 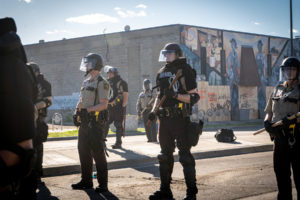 Excessive force, by contrast, occurs when an officer does not perform his or her due diligence to resolve the situation with as little force as possible. If a situation could have been de-escalated by speaking with an individual and an officer resorts directly to using a taser, this may qualify as excessive force if it can be proven that the officer did not try to start with other methods before using the taser. Officers must always try to bring an encounter to a close by using words first, then simple physical interaction, before resorting to physical altercations and the use of tools like tasers and batons.

What To Do If You’ve Experienced Excessive Force

If you believe that an officer of the law engaged with you in a way that was too aggressive without first attempting to resolve the situation with simpler means, you may have a case for excessive force or police brutality. It is important to act quickly to ensure that your case can be examined as soon as possible, and that requires some work from you.

First, you will need to compile all of the evidence that you have regarding the situation. Write down as much as you can remember of the incident, and make copies of any conversations you may have had with others in writing or on social media. If you have pictures, include those as well, and take additional photos of any evidence such as car dents or torn clothes.

Seek Out The Aid Of An Attorney

The next best step after you have gotten your affairs in order is to reach out to a legal expert who can represent you. Police are often shielded from criminal proceedings for excessive force because of a rule called qualified immunity. This legal feature allows police to be immune from claims of excessive force as long as they can prove that a reasonable person in their situation would have made the same decision, or that it was not clear what the best alternative would be in the situation in question. Because qualified immunity can be very difficult to overcome, working with a skilled attorney is paramount if you would like to see the best possible outcome in your excessive force case. 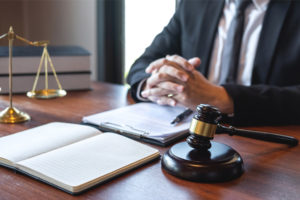 If you are ready to seek the help of a lawyer who specializes in criminal law and excessive force by police, reach out as soon as you can after the incident. The Brown Firm would be happy to assist you in building your case and representing you so that you have the best chance of overcoming any potential qualified immunity difficulties. Our experienced lawyers can sit down with you to review the unique details of your situation and develop a strategy that will help you achieve the best outcome possible.