› Employment Law › What is a Right to Work State? 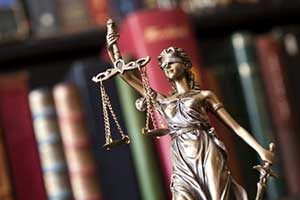 If you live in a Right to Work State, you cannot be legally compelled to join a labor union as a condition of employment. Currently, 28 states in the U.S. including Virginia, give workers the right to choose whether or not they would like to join a labor union. While many of these states still contain labor unions, employees are not forced to join or pay their dues in order to keep a job. If you’re a worker unsure of your rights and the laws that govern your employment, learn more about right to work laws and how these laws affect the state of Virginia.

History of the Right to Work Movement

The right to work law, also known as Workplace Choice or Workplace Freedom, has been in place in Virginia for more than 70 years. The idea behind the law started with the National Labor Relations Act (NLRA) or the Wagner Act, which became a law in 1935. The NLRA protected employees’ rights to create a self-organization to protect and advocate for their interests. It also mandated employers to practice collective bargaining with these self-organizations known as labor unions. While labor unions offer a variety of advantages to employees, the NLRA enforced union membership as a condition of employment, which meant employment was exclusive to union members.

In 1947, President Truman amended sections of the NLRA simultaneously with the passing of the Taft-Harley Act. This Act prohibited states from compulsory membership with any labor union as a condition for employment in both private and public sectors. As of 2017, Virginia continues to act as a right to work state which gives employees the option to associate with a union party without being a condition of employment. States that do not have right to work laws require employees to pay labor union dues and fees as a term of employment.

It wasn’t until 2017 that Congress introduced the National Right to Work Act. This Act gives employees from every state the choice to opt out of joining labor unions and paying dues. This Act would override a provision of the NLRA, which made labor dues a condition of employment at companies with labor unions. However, this Act also gives individual states the option to pass their own unique laws on whether or not an employee has the right to join or not join a labor union as a condition of employment.

Most employees working for private employers are covered under right to work laws. However, workers in some select industries, such as employees in the airline and railroad industries, are not covered. Most federal employees are also exempt from state and federal right to work laws. If you are employed in the state of Virginia, your employer most likely needs to follow right to work laws or may face the legal consequences of not doing so. Throughout your employment process, you may encounter situations where right to work laws may play a critical role. When being hired for a job in a right to work state, you may have the option to be covered under a labor union contract. This option does not require you to become a member of the union or to pay any associated fees. However, if you make the choice to sign the contract you will be bound by the contract and the union will act as the employee’s bargaining agent. In a right to work state like Virginia, you also have the right to refuse a union organizer when contacted about joining a union or paying membership fees.

If you are an employee trying to organize a labor union, you may be unsure of where you stand. As Virginia has right to work laws, workers covered under union contracts do not have to become members of the union or pay associated membership fees unless they agree to it. Therefore, you may run into employees don’t want to pay membership or union fees but may benefit from the union’s existence. This could potentially lead to a lack of funds. In right to work states union contract employees are not required to become members or pay dues even if the labor union claims to represent these workers.

Effects of Right to Work Legislation

While most unions aim to be pro-employees, mismanagement, corruption, and political involvement can lead employees to feel dissatisfied with how their union works. Right to work laws weaken the power of unions because they must begin to make the case for the union to employees, rather than relying on coercion for compulsory membership. As membership fees and dues can be costly for employees with growing families, many employees prefer to have the option to quit or not join a labor union without losing their job. This encourages labor unions to better negotiate with employers on higher wages, better working conditions, and equality in the workplace.