› Virginia Criminal Defense › Shoplifting Laws in Virginia: What You Need To Know

Shoplifting is the top property-related crime in the United States. According to the National Association for Shoplifting Prevention (NASP), more than $13 billion worth of goods are stolen from stores and other retail businesses every year. Additionally, it is estimated that 1 in 11 people will shoplift at some point in their lives, although just 10 million people have been caught committing this crime in the past five years. The NASP also estimates that just 1 in 48 shoplifters are caught and only about half of these offenders are turned over to the police to be prosecuted. Read on to learn everything you need to know about shoplifting laws in Virginia.

What Is Considered “Shoplifting”? 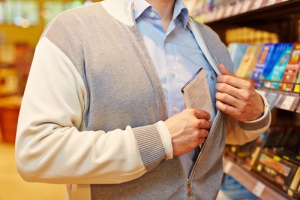 Not everyone knows exactly what is classified as ‘shoplifting’ and how this type of offense is punished. If you live in Virginia, it’s important to know what the state considers ‘shoplifting’ and how this offense is classified depending on each case. According to Virginia Code §18.2-103, ‘shoplifting’ is officially defined as purposely concealing or taking possession of a product or changing a good’s price tag from a retailer with the intention of altering its use. Thus, you can be charged with shoplifting in Virginia before even leaving a store. Paying less than full price without negotiating with the owner is also considered shoplifting in Virginia. It’s also important to distinguish between two different types of shoplifting laws in Virginia: petit larceny — which is a Class 1 misdemeanor — and grand larceny, an unclassified felony.

In Virginia, you can draw a petit larceny charge if the total value of the merchandise you conceal or steal is less than $200. Petit larceny carries a sentence of up to one year in jail and/or a maximum fine of $2,500.

Grand larceny carries much larger consequences, as it involves the theft of products that have a value equal to more than $200. If the property stolen is a firearm of any monetary value, this is also considered grand larceny under code §18.2-95. It is an unclassified felony that is punishable by up to 20 years in prison, per Virginia Code §18.2-95. A judge or jury could also force you to pay fines of up to $2,500. Also, any third or ensuing larceny crime in Virginia automatically becomes a Class 6 felony, which is punishable by up to five years in prison, up to one year in jail and a maximum fine of $2,500, or both — depending on the judge or jury’s decision.

There are also other laws in Virginia regarding larceny of certain types of animals (including poultry) and financial instruments like bank notes, checks and books of accounts. It’s important to know the state’s penal code for this reason.

Shoplifting laws in Virginia also dictate that vendors are allowed to sue anyone charged with shoplifting for twice the unpaid retail value of all goods stolen, with a minimum judgment of $50. If the products can still be sold, the maximum judgment is $350. Offenders may also be obligated to pay merchant’s legal fees of up to $150 in value if the merchant wins the ensuing lawsuit. Virginia law also states that a vendor does not need to wait for a guilty plea in court before beginning a civil suit against the person charged with shoplifting. 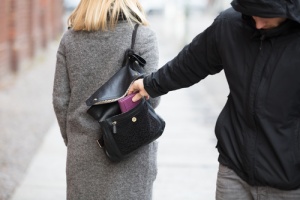 If you’ve been accused and/or charged with shoplifting in Virginia, it’s important that you bring on a professional property law attorney to help you get your charges reduced and/or penalties lessened. An experienced lawyer can help you properly examine the evidence and determine whether you had intent or if your ‘shoplifting’ was unintentional (for example, you realized after you left a retailer that you weren’t charged for an item and the store catches you when a metal detector goes off). A property law attorney or criminal defense lawyer can also convince prosecutors to drop charges against you if you make restitution to the merchant, perform community service and do not commit any further crimes.

Seeking Assistance With Your Shoplifting Case

If you’ve been accused of shoplifting, speak to the experienced attorneys at The Brown Firm PLLC in Alexandria, Virginia for more information about how to deal with your case. The Brown Firm is a family organization that has been practicing law for more than 65 years. The firm offers legal consultations to help you understand your case and your most logical options. All you have to do is send The Brown Firm a description of your case online.

The Brown Firms’ litigators will ensure that your rights are protected and will take any steps necessary to grant you the best outcome for your case. Their comprehensive civil litigation practices include resolving disputes between individuals.