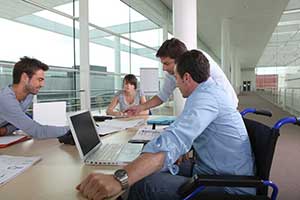 A statute of limitations refers to the period of time in which an individual is allowed to file a lawsuit or start a civil court procedure. Usually, the time period begins when the incident initially took place. Virginia’s laws are pretty standard with a two-year limit on injuries to a person, libel or slander, and fraud. A five-year period is permitted for claims pertaining to trespassing, injury to personal property, and written contracts.

Just as the time period can be extended, it can also be shortened. This occurs when both parties agree to the shortened time period, this can be prevalent in online user agreements and arbitration waivers. 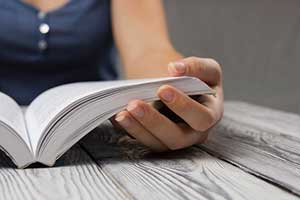 When it comes to pursuing a wrongful termination suit in Virginia, most cases will have a two-year limit. This means that you have two years from the date that you are fired to take the appropriate steps to sue for wrongful termination. This includes lawsuit cases regarding injury to person, libel or slander, and fraud. While two years may seem like a long time, cases can also take a long time to gather the appropriate information, so it’s always a good idea to begin pursuing your case as soon as possible.

However, statutes of limitations can depend on the specific actions involved and vary from state to state, and even from state court to federal court. They can also be much more specific than just generally referring to an injury to personal property, which can differentiate your case from someone else’s that may be similar. This is why it is highly advised to seek out the aid of a wrongful termination attorney as they will be able to provide you with more information.

Wrongful termination is a firing that is illegal, such as violating an employment agreement, breaking state or federal law, or being motivated by discrimination. These are the “automatic” violations that mean the termination is illegal, but there plenty of other ways for your firing to be considered illegal.

It’s important to understand the terms of your employment because it plays a part in dictating what an illegal termination is. The most common form of employment is “at-will”, which means the employer has the right to fire you at their own will. They don’t need a good reason, don’t need to provide an advance warning and they don’t have to follow procedures to fire you. In Virginia, every employee is considered at-will unless there is evidence to the contrary. If you’re an at-will employee proving your termination was illegal can be a little more difficult if it doesn’t violate state or federal law or is a result of workplace discrimination.

Employment that is not considered at will is “for cause” termination. This usually means that in your employment contract explicitly states the reasons for your termination. These causes protect employees from being fired for other reasons. Should you be fired for reasons not outlined in your contract, you have been wrongfully terminated. If you were fired, however, because of any legally considered reasons outlined in your for-cause termination contract, your firing can still be considered illegal if the processes of termination in your contract were illegally violated. If you have an employment contract, it’s important to understand your employers claimed the reason for firing you to determine if it was illegal or not.

What To Do if You Have Been Fired

If you believe your firing was illegal, reach out to a wrongful termination attorney right away. They can guide you through the entire process, advising you on whether or not your case is within the statute of limitations. It’s also prudent to seek their counsel because in some cases certain complaints have to be filed with government agencies before a lawsuit can begin. If new information has come to your attention that suggests your termination from several years ago was illegal, you should reach out to a wrongful termination attorney to see if there is anything you can do about it.

If you think your case may fall outside the statute of limitations deadline, it is still a good idea to reach out to a wrongful termination attorney because they may be able to find exceptions to the limitations, such as the discovery rule.