› Civil Rights › The Americans With Disabilities Act: A 2018 Update 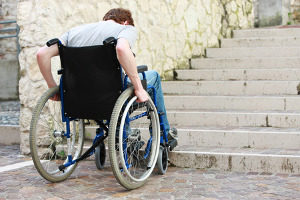 Signed into law by then President George H.W. Bush on the 26th of July 1990, the Americans with Disabilities Act (ADA) is a comprehensive civil rights legislation that protects the rights of people—with disabilities–from all forms of discrimination. It ensures that people with disabilities have the same opportunities just like everybody, so that they can participate with mainstream America. These include equal employment opportunities, purchase of goods and services, and participate in government services and programs.

The ADA is modeled after the Civil Rights Act of 1964 and the Section 504 of the Rehabilitation Act of 1973 that prohibits against discrimination in terms of sex, religion, race, color, and national origin as well as provide equal opportunity for people with disabilities, respectively.

In September 2010, the Department of Justice revised the regulations that implement the ADA. The revision clarified issues that arose over the 20 years since its conception, new requirements for disabilities, as well as the new 2010 ADA Standards for Accessible Design of private and public buildings as well as structures.

Who Is Protected by This Law?

There are more than 55 million people in America suffering from disabilities and these include those who got disabled while serving in the military. Moreover, the number will increase to 71.5 million by 2030 as baby boomers who will be over the age of 65 by then will require services and an environment that can meet their age-related needs.

Further, this law protects the rights of people who have physical or mental impairments such that their disabilities limit their ability to do major activities such as walking, thinking, hearing, seeing, working, and even breathing. But aside from physical impairment such as being hearing impaired or blind, people who suffer from substantial impairment caused by a disease such as Stage 4 Cancer are also covered by this law.

While there are many forms of disabilities, it is important to discount people with insubstantial disabilities such as having mild allergic reactions or someone who is nearsighted. This law does not also apply to people whose disabilities can be mitigated with medications and equipment such as those suffering from diabetes or those who are using leg braces. As these conditions do not affect the major life activities as mentioned earlier. 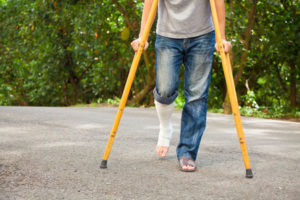 This law also entitles people with disabilities to have the same opportunities in terms of education, income, and activities just like everyone else. It does not entitle people with disabilities special exceptions, waivers, as well as preferential treatments. This provides equality for everyone. For instance, individuals with disabilities who are of legal age and are registered voters are qualified to exercise their right to suffrage during the elections.

Modifications of ADA Procedures and Policies

Another good example of making an adjustment under the ADA policy is for public entities to define service animals like dogs to be directly related or one with the person with a disability. So, if a building prohibits pets inside, they need to make exceptions to let the service animal inside.

Perhaps the biggest update to the Americans with Disabilities Act is the 2010 Standards. Also called the 2010 ADA Standards for Accessible Design, this regulation enforced the accessibility standards of buildings so that they are more accessible to people with disabilities. The 2010 Standard was published on September 15, 2010 and was enacted on March 15, 2012. 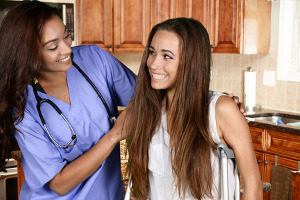 Under this new update, public entities have an obligation to ensure that people with disabilities are not excluded from getting programs and services because there are no available facilities and structures to support them thus making the programs inaccessible to them. All public entities are required to follow this new provision including older facilities. The law also imposes a balance between improving the accessibility of buildings for people with disabilities as well as recognizing the problems that the remaining public face. Examples that follow this updated provision include putting up elevators in elementary schools so that students with disabilities in terms of mobility can get from one floor to the other.

The main idea of ADA is to make structures, buildings, and public entities accessible to people with disabilities. This is to ensure that people who suffer from disabilities are able to participate in activities that the mainstream public normally enjoys. If you need help fighting for your ADA rights, check us out now!