› Search and Seizure Law › The Virginia Marijuana Laws In 2020 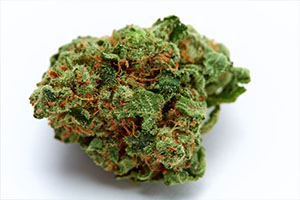 With the recent push for marijuana legalization in many states across the country, there have been many changes made that could affect the legality of possessing, growing and using cannabis. Businesses can have trouble keeping up with the legality, especially in the differentiation between purely medicinal use and recreational use. Here is some information about Virginia Marijuana Laws.

If you live in or operate a business in Virginia, you could be affected by these changing laws. In order to ensure that you have the law on your side, here is everything you need to know about Virginia marijuana laws.

The pro-marijuana community has made big strides in Virginia and has recently successfully advocated for legislation that helps decriminalize possession. This means that with the support of the Governor, Virginia will become the twenty-seventh state to take jail time off the table for those with a low marijuana possession infraction.

The House of Delegates and the Senate of Virginia both voted to pass bills on decriminalization, which sends through two separate versions that will be blended together for the final bill and become a part of the Virginia Marijuana Laws. However, with the changes still to be made, there are some things that will need to be smoothed out in the final bill before it gets sent to the Governor for signing. Until then, the current laws are still in place.

What the Current Laws Are

With the new legislation yet to be finalized, the current laws are still in effect. Virginians need to know what the laws are now and what they will continue to be up until the legislation is finalized and in full effect.

Possessing up to half an ounce of marijuana is a Class 1 misdemeanor and punishable by a fine of up to $500 with a jail sentence of up to 30 days.

Possession with Intent To Distribute

If a person is found possessing half an ounce or more, this is a Class 5 felony and falls under Possession with Intent to Distribute. If convicted, this is punishable by a prison sentence of no less than five years but no more than 20 years and a fine that is not to exceed $10,000. 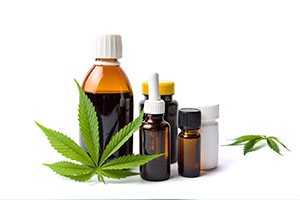 Current law in Virginia is more lenient with the use of Cannabidiol (CBD) with a recommendation or prescription from a doctor, as it is regulated, but not fully legalized. This allows them to be tried in court for possession, however, they do have an affirmative defense if this does occur.

Choosing to carry a doctor’s note proves they have a prescription; however, this does not mean that they will not be arrested for possession. Because marijuana is still not legalized, possession of medical marijuana is treated the same as non-prescribed marijuana. The difference is that courts will take into account that you have a medical reason to carry it and may choose to forego the fine.

Probable Cause for Police Search

Virginia law currently allows police officers to perform a search of a citizen when the odor of marijuana is clearly smelled on the person. Whether the officer smells fresh or previously burnt marijuana, this could them probable cause the search you and potentially arrest you for possession if marijuana is found.

What Will Change With the Senate Version?

Once the new legislation is in place, there will be a few major changes made to these laws that you will need to know about. Here are the changes that will take place with the Senate version of the bill.

Possession According to Virginia Marijuana Laws

Marijuana possession is recategorized as a civil penalty that comes with a punishment of a $50 fine and requires no jail time.

Distribution and Intent To Distribute

The legislation will increase the amount of marijuana in a person’s possession to be an ounce in order to be considered distribution or possession with intent to distribute. 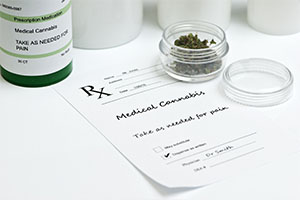 Cannabidiol and medical marijuana will be legalized in the state with a recommendation from a doctor for an illness or disability from a major injury.

Those who are penalized for marijuana possession can choose to do five hours of community service instead of paying the fine.

What Will Change With the House Version?

Although many of the same changes will be made with this bill as with the Senate version, there are some differences that set this version apart. However, with this bill, CBD will be legalized and the legislation for distribution and intent to distribute will be similar. Here are the biggest differences.

Possession of up to half an ounce of marijuana will be reduced to a civil penalty with a punishment of a $25 fine.

This legislation would allow citizens with marijuana-related offenses to seal their offenses in their criminal records. For those with past convictions that were considered felonies, which would now be a civil penalty, they have the right to seal their criminal record and not disclose their conviction. This will allow them to apply for jobs without disclosing that they have a past felony. 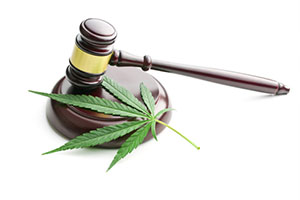 As of now, the two versions for the Senate and the House are being consolidated into one document that will incorporate all of these changes into one piece of legislation for the Governor to sign. This should take place later this year, with changes coming into effect soon after.

If you feel you are in need of legal representation, please feel free to contact the Brown Firm to schedule a consultation or to speak with a legal professional. Through the Brown Firm, you will be able to get comprehensive legal advice and speak to experienced professionals who will be happy to assist you with all your legal needs.