The Brown Firm has recently announced that they have successfully overturned a wrongful case dismissal pertaining to the use of deadly force on a homeless schizophrenic black man. The case had been repeatedly dismissed and has been successfully appealed and overturned by the firm each time.

The Brown Firm has recently announced that they have successfully appealed the dismissal of a case involving police use of deadly force on a homeless, schizophrenic black male. The firm has now appealed the dismissal of this case three times and has succeeded in bringing the case back to court each time. Lead attorney on the case Christopher Brown and the rest of the team at the Brown Firm have fought relentlessly to ensure that police brutality and excessive use of force cases such as this one are treated with the respect, diligence, and equality that they deserve. 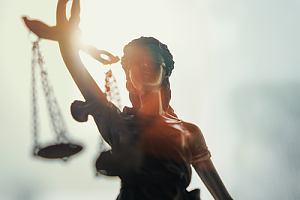 The attorney on the case, Christopher Brown, successfully argued in the 4th Circuit Court of Appeals to overturn the dismissal of the case Wayne Jones v. City of Martinsburg, WV. The case centers around a schizophrenic black man, Wayne Jones, who died in 2013 when five officers executed him by shooting him over 20 times while he was laying on the ground after being put in a chokehold and tasered multiple times. Christopher and his team argued that there was insufficient cause and that the police officers involved were not disciplined, trained, or held accountable for this blatant and excessive use of force. This is the third time the Brown Firm has successfully fought for and overturned the dismissal of this particular case.

Christopher Brown recently had an interview with the Washington Post and Law360 and stated the following: “The 4th Circuit Court of Appeals issued an opinion today, overturning the dismissal of the case Wayne Jones v City of Martinsburg, WV, a police shooting case. Wayne Jones was a 50-year-old black male and was killed in 2013 when five officers shot him 22 times and killed him as he lay motionless on the ground after being in a chokehold for 17 seconds and tased 3 times. Three times the district court judge dismissed this case. Three times The Brown Firm appealed. Three times we won.”

The Brown Firm believes in fighting for powerful causes and helping bring justice to those who have been wronged. With this latest victory, they hope that cases such as Wayne Jones’ will receive the proper insight and attention that they deserve and the accused are held accountable for their actions. For more information on The Brown Firm’s legal services, contact them at 703-828-0900 or visit their website at https://www.brownfirmpllc.com/. Their offices are located at 526 King Street Suite 213 Alexandria, VA 22314.