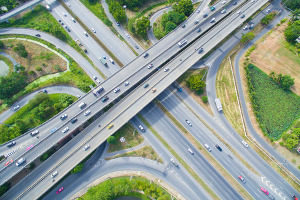 Virginia is a huge state and it contains many suburbs, rural areas, cities, mountains, and coastline. Having your own vehicle to drive around Virginia is necessary; but with more cars driving around the state, there is a higher risk for people to experience traffic-related problems.

From overspeeding to beating the red light, there are so many violations that can get you in hot water with the traffic law enforcers in Virginia. If you get pulled over, don’t panic. All you need to do is follow instructions. But, if you don’t want to get in hot water with Virginia traffic enforcers, then better improve your knowledge of Virginia traffic laws. Begin by knowing the common traffic law misconceptions in Virginia.

Myth #1: Claiming that you never got a ticket will get you out of trouble

The fact is, even if you ignore your traffic ticket it does not mean that you are off the hook. The judge will definitely be annoyed by this excuse because ignorance excuses no one. If you deny that you ever received the ticket, it is your word against the officer who gave you the ticket. So, the best recourse is to accept the ticket, pay up, and move on.

Myth #2: Explaining your side in court will get you off the hook

Many people believe that they can explain their side in court about their traffic violation and get off the hook. Explaining it in front of the judge does not usually work. So, it is always a better idea to accept your mistake, pay for it and save yourself all the trouble just to explain your side in front of the judge.

On the other hand, some people take it to the next level by weaseling their way out of their violation by telling the court that the officer’s equipment such as the radar gun is faulty. I guarantee you that this will never work in court unless you have a proof—and it is highly unlikely that you have any access to the officer’s radar gun. So, if ever you make this excuse, you will end up getting into more trouble than when you first started.

Myth #3: Driving with the flow of traffic is acceptable even if you are overspeeding 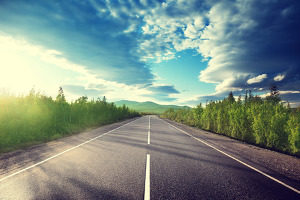 Under no circumstances is it okay for anyone to speed up in Virginia. Even if you tell the officer that you are keeping up with the traffic and that other people are also doing it, overspeeding is still overspeeding. So, if you are a good citizen it is always better to play it safe and just stick to the Virginia traffic laws. It is important to take note that overspeeding is considered a Class 1 Misdemeanor that is punishable by jail time of up to 1 year or a $2,500 fine.

Contrary to what most people believe in, reckless driving is a criminal offense and it adds 6 points to your driving record that stays for 11 years. In fact, being convicted of reckless driving is the same level as driving under the influence (DUI). Pleading for reckless driving can have huge repercussions such as an increase in your auto insurance premiums as well as consequences in your employment opportunities. So, you see, reckless driving should not be taken lightly at all!

Myth #5: It is okay because it was your first offense

Many people believe that just because it was their first offense then the law enforcement will be easy on them. But this is far from the truth! If it was your first time caught for a traffic violation such as overspeeding at 85mph on a 65mph traffic, then it is still punishable even if you had an excellent driving record. Just take note that law enforcement will not let you go just because it was your first time to commit a traffic violation.

Myth #6: Lawyers are not necessary for dealing with traffic law violations

Many people think that hiring a lawyer is never necessary when it comes to dealing with violations of Virginia traffic laws. Most traffic violators assume that they will just be convicted anyway thus they don’t see the need to hire a reliable lawyer. An attorney can help reduce the ticket penalties such as reduce the fines as well as the driver’s license points. Hiring a traffic lawyer is very important as they can even help you dismiss your case to protect your driving record.