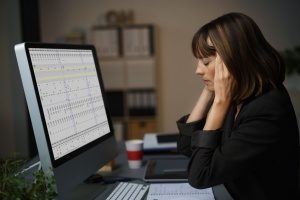 What Is Workplace Discrimination?

Workplace discrimination can come in many different forms and can sometimes be very overt. This can make determining what exactly qualifies as discrimination challenging. If you ever have any doubt or question about whether or not your case is applicable under these particular workplace discrimination laws or if you need guidance filing a claim, be sure to reach out to an employment law attorney to review your case.

Discrimination in the workplace happens when a member of a protected class, like minorities and women, are treated differently than their peers. This can include things like repeatedly getting passed for a promotion they are well qualified for, and it can be small things like racial slurs. Race, religion, sex, age, pregnancy, disability, and national origin are specific characteristics that are outlined to be protected under these laws. If you are passed up for a raise, promotion, or another benefit directly because of one of these characteristics, then you are a victim of workplace discrimination.

Other changes regarding workplace laws are in the works and are expected to be implemented throughout 2018. The Fair Labor Standards Act (FLSA) is expected to undergo some legislative and/or administrative changes. This act establishes minimum wage, overtime pay, recordkeeping, and youth employment standards. Once these changes go into effect, if you are denied them, it can be considered workplace discrimination. 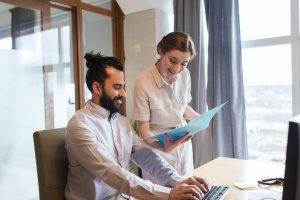 At the beginning of a new job, the employer should provide training to inform employees of what their Equal Employment Opportunity (EEO) rights are. Some employers provide adequate training and ensure their employees understand their rights, however, some simply provide the information in a handout or pamphlet that is easily lost and forgotten about. This can make it difficult for employees to know what kinds of things are considered discrimination, and how to file a complaint if they face them. You should know your rights, and know that you have the right to ask your employer for the information if you ever feel that you haven’t properly received it.

Not only do you have a right to file a complaint with the organization where the discrimination occurred, you also have the right to file one with your states civil rights commission and the U.S. Equal Employment Opportunity Commission (EEOC). The EEOC is the federal agency that is responsible for enforcing workplace discrimination laws, and they receive any claims very seriously.

Discrimination Can Be Subtle

No matter how subtle you think the discrimination is, take the time to research and find out if it is applicable under workplace protection laws. Don’t miss out on opportunities that are denied to you because of who you are. Fight for them, because you deserve them.

As previously mentioned, discrimination based on sex is still a current part of the law that is being defined and re-defined. This is applicable to you if you’re discriminated against for your sex, gender identity or expression, or sexual orientation.

Sexual harassment is also a form of sex-based discrimination and it can come in two different forms. The first is when a person of authority takes advantage of their role and implies that a promotion, raise, or another benefit can be earned through sexual favors. The second kind is a hostile work environment created by ongoing sexual misconducts. These include jokes, slander, or hand gestures that are of a sexual nature that impede your ability to perform or function properly at your workplace. 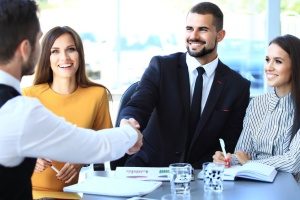 Being passed up for a promotion, raise, benefit, or job opportunity because of race, religion, sex, disability, pregnancy, and age are all protected under workplace discrimination laws. Even a small comment that alludes to being discriminated due to these characteristics can be applied.

You may have just experienced what you believe to be workplace discrimination, or maybe you’ve already reported it to your organization but your complaint has gone nowhere. Either way, you should reach out to an employment law attorney to review your case and help guide you through the process of getting justice. They will help you identify discrimination and help you file a complaint in whatever departments are deemed necessary. Workplace discrimination already seeks to single you out due to a characteristic out of your control, so don’t go through this overwhelming and intimidating process alone. Have an employment law attorney at your side.