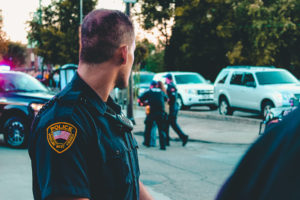 If you or someone you know has been in a recent interaction with law enforcement officers, and you do not feel that the situation was handled appropriately, you may be wondering if police brutality occurred. Not all instances of an officer responding forcefully to a situation qualify as brutality or excessive force, but it is important to understand what constitutes improper action by law enforcement. Multiple amendments to the Constitution preserve your right to be treated fairly and with patience by law enforcement officers.

The Constitution does not have an amendment that directly regulates police brutality specifically. However, it does contain numerous amendments that protect your right to be treated with care and due process. When these rights are violated, you may have a case for police brutality or excessive force by a law enforcement officer.

The Fourth Amendment states that individuals have a right to be secure against unreasonable searches and seizures both of their possessions or homes and of their own bodies, and no officer should obtain a warrant and perform a search without probable cause. This often underpins police brutality cases, as many claims of excessive force begin when an officer initiates a search that is not necessary. If law enforcement searches you without your consent, or if they become physically or verbally threatening in order to convince you to comply with a search, you may have a case for police brutality based on a violation of your Fourth Amendment rights.

The Fifth Amendment provides a number of rights to individuals, such as the right to avoid double jeopardy, or being tried for the same crime twice. However, the most relevant portion of the Fifth Amendment is your right not to be a witness against yourself; this is tied to the landmark Miranda v. Arizona case that standardized the term “Miranda rights.”

If an officer of the law forces an individual to admit guilt or pressures them to sign a confession, or if an officer does not read a suspect their rights, they are breaking the law. You always have the right to remain silent and to use the services of an attorney. If you do not have one, one will be provided for you. 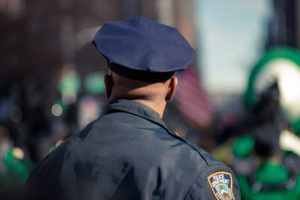 The Eighth Amendment is perhaps the most known in regard to police brutality because it protects individuals from cruel and unusual punishment. Officers are required to approach each situation in a manner that corresponds to the level of the threat, beginning with the least aggressive measures first. If a law enforcement officer uses force that is beyond what is necessary to bring the situation to a resolution, they have deprived the victim of due process and the protection of the Eighth Amendment. Unless an individual poses a legitimate and immediate risk to officers or the general public, lethal use of force is never permitted.

Officers may attempt to diffuse a situation quickly using physical force or threats. However, if a less aggressive solution was available, the officers may be liable for police brutality or excessive violence. All interactions must start with the minimum force possible and escalate based upon the risk of the situation.

What To Do If You’ve Experienced Police Brutality

If you believe that you have experienced police brutality or you know someone who has, you may be unsure about what to do next. Because the police are the perpetrators in this scenario, you may not know who else to turn to. It is critical that you document what happened as soon as possible so that you retain as much evidence as you can for later use.

Reaching out to skilled legal counsel is also crucial at this stage. Acting quickly to work with an experienced lawyer is your best chance of finding justice or determining whether you have been victimized. Holding police officers accountable can be particularly challenging when determining liability because you must be able to demonstrate that the law enforcement officer willfully and unreasonably performed actions against you. Failing to exercise due care or being negligent alone is not sufficient to bring a case of police brutality.

Reach Out To The Brown Firm 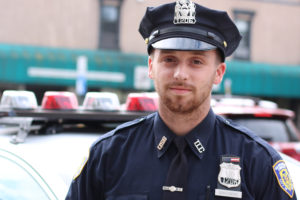 If you have questions about police brutality and how it may have affected you or someone you know, reach out to the skilled attorneys at The Brown Firm. Holding police accountable for the excessive use of force can be more challenging than it seems because they may rely on qualified immunity. This protects public servants from being liable for charges as long as they were reasonably performing their duties. In order to ensure that you see the best outcome possible, schedule a consultation to speak with The Brown Firm so that you can achieve the justice that you deserve.