› Police Excessive Force › What Are The 3 Elements In A False Arrest?

Being arrested is something that most people never want to personally experience. But what if you’re innocent and still arrested? Learn about these 3 elements in a false arrest.

A false arrest (also known as false arrest, unlawful arrest or even false imprisonment in some circumstances) is when someone restrains another person without the legal authority required to do so. It is a crime to arrest someone without legal justification, although most often the arresting party will be charged with only a misdemeanor.

Before you pursue any action against the person who arrested you, make sure you are certain of your situation. If your false arrest meets all of the correct criteria, you may be able to recover damages commensurate for your losses in the situation through a false arrest lawsuit.

So, what constitutes a false arrest? The following sections describe the three main elements in a false arrest. If these categories are applicable to a situation, then the arrest could be unlawful, and you should speak to a legal representative for more guidance.

The Defendant Had the Intent to Confine 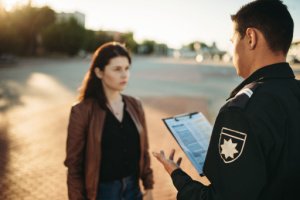 An important element of the false arrest equation is whether or not the person who is making the arrest did so on purpose. There must be evidence of intent-in other words, a false arrest cannot happen by accident.

If you are simply left somewhere and do not feel like you should leave or you physically cannot leave due to some extenuating circumstance, you are not under false arrest. Similarly, if an officer intends to let you go and never told you that you were arrested, that is not counted as a false arrest.

For example, situations like this can arise if an officer pulls you over in a parking lot, but then the entrance to the parking lot is blocked by a traffic accident. Even though you are not able to leave, the intent was not to confine you.

The Plaintiff Was Aware of the Confinement 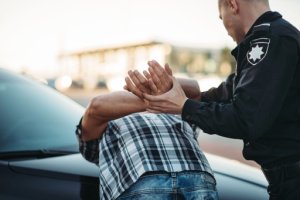 The baseline for this rule is how a reasonable person would act under your circumstances. If the court believes that the average citizen would act as you did, or have the same thought process, they may agree that you could reasonably believe that you hadn’t been arrested. If that is the case, then that element of a false arrest is fulfilled.

Another criteria of a false arrest is if you did not consent to it. If you and the person who arrested you both agree that you are being arrested, then that arrest is lawful. Both your actions and your words can be taken as evidence that you consented to an arrest, so it is important that you are careful in how you conduct yourself during an engagement with officers.

The Confinement Was Not Privileged 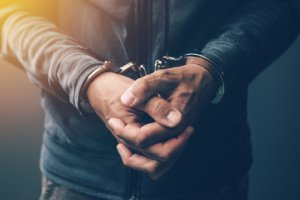 The final element of a false arrest is that the person making the arrest did not have the legal authority to make it. To make an arrest, an officer is required to have some sort of justification, usually in the form of a warrant or probable cause, which is a reasonable suspicion that the person committed a crime.

Sometimes, although it does tend to be rare, people who are not police officers are allowed to make an arrest. This most often applies to store employees who suspect someone of shoplifting, as well as civilians making a citizens’ arrest after watching a crime occur.

In either of these situations, the person who is conducting the arrest must have the legal justifications to do so. A person cannot simply choose to arrest another person only because they want to. Without the proper reasoning, any person who is placed under arrest may be able to file a lawsuit for false arrest.

No matter whether you have committed a crime or not, officers must still abide by proper protocol in order to arrest you. Failure to do so, or to arrest you without sufficient cause in the case that you are innocent, could result in charges of false arrest. The attorneys at The Brown Firm would be happy to help you understand whether you have been a victim of false arrest and what you can do next. Reach out to learn more or to schedule a consultation to share your experience and get started with a case.