› Uncategorized › What Are Your Individual Rights? 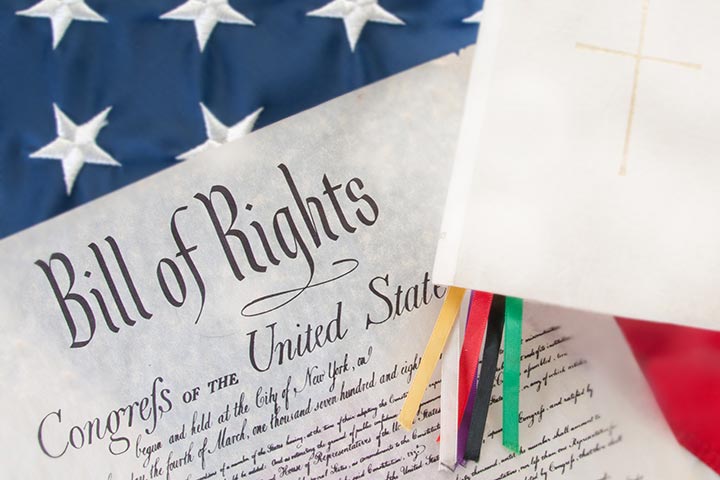 Individual rights are freedoms that cannot be taken away by another person or the government. Only you can give these rights away; no one can rob you of your individual rights.

Individual rights may also be referred to as “fundamental rights” or “inalienable rights.” They may even be referred to as basic human rights. All of these terms mean essentially the same thing. These rights are so precious that the law protects them even from the government. In the United States, the Constitution and specifically the Bill of Rights lays out your individual rights.

The Declaration of Independence: The Original Source of U.S. Individual Rights

The term “inalienable rights” comes from the Declaration of Independence. That famous document states, “We hold these truths to be self-evident, that all men are created equal; that they are endowed by their Creator with inherent and inalienable rights; that among these, are life, liberty, and the pursuit of happiness…”

The founding fathers, including the writer of the Declaration of Independence, Thomas Jefferson, believed that everyone had rights that could not be taken away from them. Robbing individuals of these rights is considered oppression and goes against the very purpose of our government.

Today, the Bill of Rights is the main source of information regarding rights of individuals. The Courts have been interpreting the Constitution for hundreds of years, and, over time, individual rights have evolved to fit with modern times. The basic premise behind these rights remains the same, however, protecting individuals from others and from the tyranny of oppressive government.

The Right to Due Process (Fifth Amendment)

“Due process” means that you cannot be deprived of your liberty, life, or property without a legal process. In most criminal situations, that means a trial before a jury of your peers. However, it could also include civil cases and even administrative hearings as well.

Due process specifically ties in to the right to liberty from the Declaration of Independence. You will not that there is no real “right to liberty,” because the government can take away your liberties if you violate the laws. They do this by restricting your movement or actions by putting you in prison or jail, limiting your ability to go certain places (e.g., sex offender restrictions), or requiring that you refrain from engaging in certain activities (e.g., not allowing you to drink alcohol while on probation).

The right to due process ensures that your liberties are not taken away without fair treatment in a court of law. This requirement prevents the government from arbitrarily arresting individuals or otherwise limiting their movement and activities. It also protects individual lives as well by only permitting deprivation of life after due process of law.

The Right to Freedom of Religion, Speech, and Peaceful Assembly (First Amendment)

Oppressive governments did not allow the founding fathers to speak against the government without the threat of being put in jail. They also suffered religious persecution as well. When the colonists came to North America and developed what would later be the United States, they wanted to ensure that citizens had the right to speak freely and express their dissatisfaction with the government without fear.

The First Amendment accomplished many of these goals. It is the major reason that the United States does not have an established religion and that there is such an emphasis on the separation of the government and religion. It also allows citizens to speak their mind and gather in groups as they please.

Modern courts have placed many restrictions on the First Amendment, but these restrictions are often derived from concerns of speech or assembly that may incite violence or threaten harm to other people. The fundamental principles behind the right remains intact today.

United States citizens fiercely protect their right to privacy. This right is not expressly laid out in the Constitution, but it is often associated with the Fourth Amendment, which explains that everyone has a right to “be secure in their persons, houses, papers, and effects, against unreasonable searches and seizures.”

It is the individual right of privacy that requires the police to get a warrant before they search your home. In fact, the right to privacy is the cornerstone of the vast majority of criminal-related evidence laws. If the police do not abide by certain rules to respect your right to privacy, then the evidence can be thrown out entirely, which would completely undermine a criminal case. This factor alone shows how much the citizens and the government of the United States protects and relishes in their right to privacy.

Right to a Speedy and Public Trial (Sixth Amendment)

In addition to the right to due process, you also have rights to a speedy and public trial once you have been charged criminally. The Constitution included these rights to avoid situations where the government may hold an individual for no reason—perhaps simply because they questioned the government or a governmental policy.

Making the trial “speedy” ensures that your rights would not be put on hold any longer than possible, while using a public trial ensured that your peers would be involved in the criminal process, further preventing tyranny of the government.

“Speedy” may not be defined by a number of days or hours. Instead, it is based on a “reasonable” time and will vary from state to state. In Virginia, those charged with criminal offenses must be tried within five months of the date of indictment or five months from the preliminary hearing, if there is one. This period can be extended under certain circumstances. This rule is laid out by state statute, not the Constitution.

Trial by jury is a precious right in the United States; it is often considered one of the most important rights in America’s democratic society. It means that you can request a jury of your peers in certain civil and criminal cases. The founding fathers believed that having a jury of your peers would make the criminal prosecution process more fair, instead of allowing judges, who were often members of the elite at that time, to decide someone’s fate.

Originally, trial by jury was only permitted in federal crimes. However, that right was extended to the states after the Fourteenth Amendment was added to the Constitution.

Putting the decision of guilty or not guilty in the hands of your neighbors, coworkers, and friends is designed to ensure that the legal system reflects the standards in the local area as well. That is, someone in Virginia may be evaluated in a criminal case differently than someone in California. Using a local jury ensures that local preferences, standards, and opinions will be somewhat consistent with what the accused is accustomed to seeing.

Although it is not specifically laid out in the Constitution, the Supreme Court of the United States has determined that the right to marry is an individual right. This right has also been extended to raising children and certain sexual rights, including contraception and abortion. These “family rights” often stem from the right to privacy as laid out in the Fourth Amendment, but the Supreme Court has referenced other fundamental rights that may be related as well.

In 2015, the Supreme Court extended the right marry to include same-sex marriage. Essentially, the Court determined that if one state permitted same-sex marriage, then other states had to recognize that marriage as a legally valid one.

The government is not permitted to infringe on individual rights. Doing so is illegal and will likely invalidate the government’s action. This concept is particularly relevant in criminal law. Your right to privacy to prevent unreasonable searches and seizures and your right to due process are especially important. If these rights are violated, any evidence obtained unlawfully or when a liberty is refused because of inadequate due process, then you may have a legal remedy, including throwing out a conviction in some situations.

You may also have a remedy in the civil context as well because you can sue individuals or entities for infringing on your individual rights. You may be able to collect compensation for any harm that another person caused you.

Protecting your individual rights is no easy task in some situations. An experienced civil rights or criminal attorney can be an extremely valuable asset. Now that you know the first step, what your rights may include, you should be able to better understand when those rights have been violated.

If you or a loved one has suffered from individual rights violations, you should speak with an attorney to get help. Call 703-828-0900 or contact us online to schedule a consultation with The Brown Law Firm.