› Criminal Defense › What Happens If You Get Caught With Weed In Virginia? 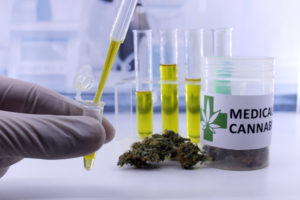 In Virginia, as of July 2020, possession of marijuana is no longer a criminal act. However, it is still regulated, so you will need to be careful about how you handle marijuana and its related products. If you have been caught with marijuana in Virginia, a skilled defense attorney will present a case that gives you the best possible outcome. Marijuana possession is not legal; it still carries civil consequences.

Legal Status Of Cannabis In Virginia In 2020

As of July 2020, the possession of marijuana for recreational use in Virginia is still illegal. CBD oil, also called cannabidiol, is allowed for limited therapeutic uses as long as the person possesses a valid prescription. CBD oil is derived from an extract of the marijuana plant, but it contains only low amounts of THC (tetrahydrocannabinol), the compound in marijuana that produces the “high.” CBD appears to help some people with medical conditions like seizures, which is why more states are allowing it to be used as long as it is regulated.

If you are found to be in possession of marijuana in Virginia, the penalty that you receive will depend on a number of factors—how much you had in your possession, whether you also had paraphernalia, if there is evidence that you intended to distribute the marijuana to others and even whether you are at a location that is near a school, among other considerations. You can still be charged even if you have regulated CBD oil only.

In the case of CBD oil, even if you have a note or prescription from a medical professional for CBD use for an approved condition, you may still be charged. However, documentation demonstrating that the CBD oil has a legitimate use typically serves as an affirmative defense. When the case is tried, the documentation can be used to dismiss the charges, proving that there was a legitimate reason for possessing the substance.

Up to 1 oz. of marijuana will be regarded as a civil violation, carrying the lowest penalties. More than one ounce in your possession will carry gradually more severe punishments, including potential jail time and fines; this includes transporting marijuana across state lines, selling it, or even being in possession of hash instead of regular marijuana. 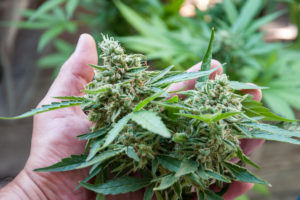 You may be charged with intent to distribute if law enforcement finds evidence of interactions with customers or if you are carrying packaging materials, such as baggies. You may also face distribution charges if you have in your possession, an amount of marijuana that is too large to be considered for personal use only or if you are carrying large amounts of money that may be related to the sale of marijuana.

Possible Penalties of Possession of Cannabis

Penalties vary widely if you get caught with marijuana in Virginia. Because marijuana was recently decriminalized in Virginia, you will no longer face criminal charges or potential driver’s license suspension if you are charged with possession of cannabis. Instead, if you have an ounce or less of marijuana, you may face civil charges and a fine of $25.

Previously, those who faced their first criminal marijuana charges were eligible for rehabilitation courses. However, due to the recent change in the law, the criminal aspect of marijuana possession has been removed. This does not mean that marijuana possession is legal, only that it will no longer carry criminal charges. Legalization is still being pursued in the state, but it has seen mixed support. While the governor suggested a small pilot study to examine the long-term effects of widespread legalization, this measure was pushed back; it is unclear if or when marijuana legalization may come to Virginia. 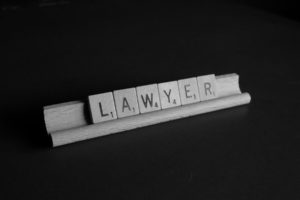 If you got caught with marijuana in Virginia, you may be struggling to deal with the legal side of the issue. Even though the criminal aspect of marijuana charges in Virginia has been removed, you may still be struggling with the civil charge or are concerned with how it may impact your prospects going forward.

The Brown Firm can answer any questions you may have now that the laws are changing and help you understand the consequences of marijuana possession. The experienced defense attorneys at The Brown Firm would be happy to talk with you about your options so that you can create a plan to reduce or even dismiss the charges of marijuana possession. Reach out to speak to an expert.