› Litigation › What is a “Negligence Claim?” 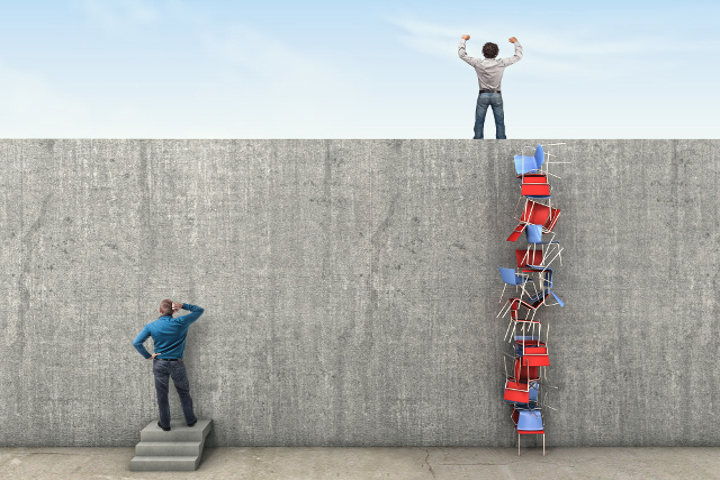 Accidents happen all the time, some of them are more bizarre than others. One might crash his car, slip and fall down a stair, or be hit by random flying objects, such as baseballs. Accidents frequently result in injuries, and when the injury is serious, high medical bills accompany them. A common question asked by the injured party in an accident is, “Who is financially responsible for the injuries I received?”

What is “Reasonable Care?”

To determine if a party is liable for damages received by the injured party, one must ask this basic question: “Did the party who caused the accident, fail to act with reasonable care?”; or, to rephrase the concept, did the party who caused the accident act in a reckless manner, or, through his negligence, contribute to how the accident occurred? If the answer is “Yes,” then that party is liable for the damages he caused to the injured party.

This article’s purpose is to present three hypotheticals, wherein, one will be shown how this law applies in different situations. To accomplish this task, the reader must first be acquainted with the legal concepts of “Duty of Care” and “Reasonable Care.”

If an individual is injured in an accident and that accident occurs in a place where he is not supposed to be, a court will ask whether a “duty of care” exists. It will analyze whether the owner of the property had a duty to ensure the safety of the injured party.

A court views the totality of the facts and circumstances surrounding a case to determine if the injured party took reasonable care, such that a reasonable person in a similar situation would have taken, to avoid and accident.

Chris is playing baseball on a local baseball team on a baseball field. Alex is not playing ball, but he is watching at the edge of the baseball diamond, behind a fence, in between third base and home plate. When Chris comes up to bat, he swings and hits a foul ball, which promptly fly’s over the fence and hits Alex in the head, cracking his skull.
In this hypothetical, is Chris liable for the injury Alex received? The answer is most likely, “No.” Chris did not act negligently or recklessly. Chris acted in a manner consistent with playing a game of baseball. Hitting a foul ball happens normally in the course of a game.

In fact, it may be argued that Alex’s negligence contributed to the accident. An average, ordinary person, taking reasonable care, might have sat farther away from the baseball field.

After striking out for the third time, Chris, in a fit of rage, hurls his bat; the bat pinwheels through the air, over the fence, and strikes Alex on the nose, breaking it. Is Chris liable? Most likely, “Yes.” Throwing one’s baseball bat is not an action that is associated with playing baseball. The action is outside the scope in which a “reasonable person” would act.

Alex is at the game as a spectator and has the right to watch the game. Alex’s actions have not deviated from that of a “reasonable person” in a similar situation. Alex stood behind the fence, in an area where a “reasonable person” would not anticipate a bat being thrown. Thus, the thrown bat is a negligent act and Chris is liable to Alex for any injuries sustained in the accident.

A court will most likely conclude, that the pedestrian’s reasonable use of the sidewalk outweighs Chris’s negligent act of hitting the baseball into an area where pedestrians may get hit.

The purpose of a negligence case is to make the injured party “whole”. While this may not be physically possible, a court will attempt to compensate the injured party for his damages. A court will factor in such items as medical bills, physical therapy, lost wages, and the potential of a lifelong disability, to name a few.

(1) That the injured party acted in a careful manner, taking reasonable care in his actions,

(2) that the Defendant’s actions were reckless or negligent, and

(3) that all the injured party’s damages arose out of the Defendant’s actions.

Things to Remember about Negligence Cases

(1) If an accident occurs at work, because of a co-worker’s reckless or negligent behavior, then your employer is legally responsible.

(3) If a product is manufactured in a reckless or negligent manner, then the manufacturer is legally liable.

(4) If the injury occurred because of the injured party’s carelessness, then the right to compensation is reduced to the extent that the careless behavior contributed to the accident. A court weighs each party’s comparative negligence.

Always Work With a Legal Professional

Applying these principals to litigating your accident, an injured party can come to a fair settlement for an injury claim, regardless of the facts and circumstances surrounding his accident. If you have been involved in an accident which was caused by then negligence of someone else – contact The Brown Firm PLLC immediately. Our experienced litigators can craft a legal strategy that will ensure you get the best possible results for your case.

Our firm offers initial consultations so that you can make an informed decision before deciding to work with our team. Call The Brown Firm PLLC or send our attorneys a message online to discuss your case.