› Employment Law › What Is A Non Disclosure Agreement? 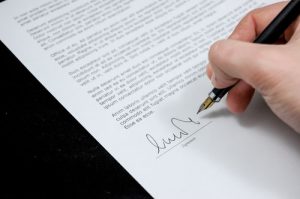 A non-disclosure agreement, also referred to as a confidentiality agreement, is a contract between two parties that states one or more of the involved parties will not disclose private information about a company or an individual.

There are numerous reasons why a non-disclosure agreement may be put into effect. It often occurs at the end of employment or after a project that involves sensitive information is complete.

It is helpful to have a complete understanding of the purpose of a non-disclosure agreement, how the contract works, and what information may be included before signing or creating one.

How Does a Non-Disclosure Agreement Work?

Most agreements also highlight the obligation of each party that is involved. For the party that signs the NDA that states they will not disclose the information, it likely means that the party that created the document has the right to seek legal action if the contract is breached.

How Long Do They Last? 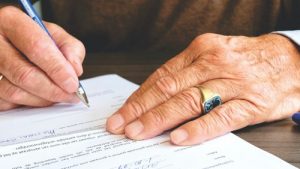 The length of time the non-disclosure agreement remains in effect is also specified in the contract. These terms are subject to negotiation between both parties involved. Some NDAs only require the party to not disclose certain information for a specified amount of time, whereas others may not have an end date.

This information is important for both parties to understand, and parties who are concerned with the length of time of the non-disclosure agreement should seek to negotiate better terms.

For example, an employee that ends their employment with a company may be asked to sign a non-disclosure agreement. By establishing a reasonable end date for the non-disclosure agreement, the employee can better protect themselves if they are in a situation where they may need to or be in a position to release private information years or decades down the road.

Are They Legally Binding?

What Information is Included in Non-Disclosure Agreements? 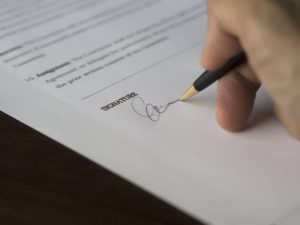 A non-disclosure agreement is typically created to protect the company after an employee leaves the company or finishes a project. This ensures former employees do not use the information to harm the company or its reputation after they leave, which may occur if the employee feels they were wrongfully terminated or begins to work for a competitor.