› Virginia Traffic Laws › What is a Wet Reckless in Virginia? 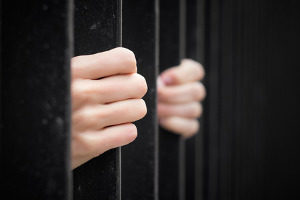 Drinking and driving are not a good combination while out on the road. Oftentime, people speed too fast, have poor judgment, and can even get into accidents because of drinking while driving. For the most part, people are charged with driving under the influence, or DUI, which can lead to dire consequences like a certain amount of jail time and a mandatory suspension of your driver’s license. However, the verdict can be lessened by pleading guilty for a wet reckless. Here we discuss what exactly a wet reckless is and how it can affect you.

To begin with, let’s start with reckless driving. Reckless driving is classified as driving in a way that can potentially be dangerous to others, such as driving onto the sidewalk or running into oncoming traffic. There are in total thirteen different traffic violations that one can possibly do to be charged with reckless driving in Virginia. These range from vaguely driving without “proper control” to exceeding the speed limit by 20 mph or driving past 80 mph. Even driving past a “reasonable speed” in cases of traffic can count as a reckless driving traffic violation. In all cases, this can lead to up to six months of jail time, license suspension, and up to $1,000 in fines.

Wet recklesses are much like reckless driving, but with alcohol or drugs added into the mix. If a person is borderline intoxicated, when they have just below 0.08% for the blood alcohol concentration, or BAC, then you can plead for a wet reckless charge rather than the standard DUI. From there, you are penalized as if you were charged with reckless driving and face all the same punishments, plus you have to attend the Virginia Alcohol Safety Action Program, or VASAP, for a time before you can drive again. The DMV will suspend your license regardless of the charges if you did not have your license suspended by the court.

Virginia’s policy on wet recklesses are essentially the same throughout the entirety of the state, though they are different depending on the court and the specific prosecutors. Wet recklesses, while counting as alcohol and DUI related, just have the penalties of reckless driving and the person can plead in a Virginian court of wet reckless. However, the plead for wet reckless can only be done by those who have never gotten a DUI before and cannot be used again after that. If a person is charged with a DUI the second time, they are not eligible to plead wet reckless.

A wet reckless may have the penalties of reckless driving, but it is actually seen as a DUI. In Virginia, wet reckless is basically a much lighter sentencing of DUI. It can only be done with people who have never gotten a DUI before their particular case and the DUI lawyer will try to plead guilty for lesser charges on the person’s behalf. However, it is sometimes better, albeit a bit riskier, to just have the DUI lawyer convince the court to drop all charges than plead for a lighter sentence. Consider getting a DUI lawyer to plead your case if you are faced with a DUI for the first time. Getting the right lawyer will allow for a possibility of lesser charges, such as wet reckless. 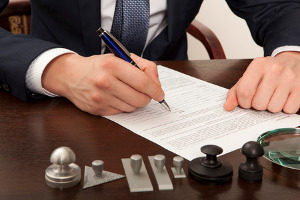 If you have been charged with a DUI, consider first getting a DUI defense lawyer to help solve your case. If this is the first time that you have been charged with a DUI, you can discuss with your lawyer about having a wet reckless charge instead. After pleading guilty to a wet reckless, you will have to serve some jail time then, following that, go to a VASAP session in order to be educated on the dangers of drunk driving. Your license will have gotten suspended by the DMV by then, so you will have to attend a hearing with them in order to try and argue for it back. After that, you should probably reconsider ever drinking while driving in order to avoid future DUIs, as there is no charge of wet reckless after that.