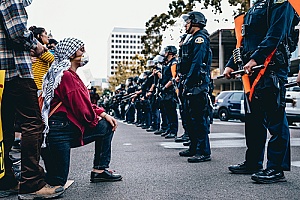 It is important that you or anyone you know who may have been a victim of police misconduct speak to a legal professional as soon as you are able. The process of gathering evidence and preparing an argument must be done as soon after the incident as possible to ensure the best chance at a favorable outcome.

What Qualifies As Excessive Force By Police?

The police are expected to treat people with care when they engage with the public, and overt and unwarranted acts of aggression can qualify as excessive force. In general, excessive force by the police is defined as force used beyond what is necessary to bring a situation to its resolution. This can apply not only to the actual act of an arrest but also to other interactions with law enforcement, such as searches and investigatory stops.

However, physical aggression is not the only type of excessive force used by the police. Using power or other tactics as means of coercion and unlawfully arresting someone may also qualify as excessive, and the police officer(s) can be held liable if they have approached a situation without first attempting the least intrusive methods of diffusion.

Excessive & Unwarranted Use Of Force 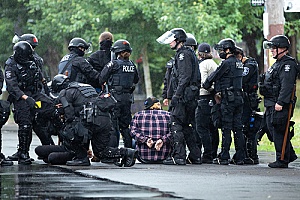 The unwarranted use of force during a law enforcement encounter most often refers to the physical outcomes of the interaction. A police officer is not permitted to attempt to use deadly force unless it is necessary to prevent escape and the officer has probable cause to believe that the person in question poses a direct, immediate, and significant threat of death or serious bodily injury to either the officer or others.

Excessive force does not end with deadly force. Unnecessary use of a stun gun, baton, or chemical sprays without first attempting less aggressive methods such as verbal communication and empty-handed engagement may be considered excessive force. An officer must avail him or herself of all attempts to diffuse a situation before escalating.

When someone is subject to an unlawful arrest, the act can have a significant impact on their lives, both in the short and long term. An unlawful arrest may expose someone to a physical danger that they would not normally have encountered, and it could have a lasting harmful influence on their reputation.

Coerced confessions often coincide with charges of excessive force because an officer typically uses either physical or verbal threats to acquire a forced confession. These threats or direct acts of violence in pursuit of a confession exceed the less aggressive tactics that should normally be employed to acquire this information. While people can and often do plead guilty or confess to crimes that they did not commit for other reasons, excessive force is a motivating factor behind many of these instances.

How Police Are Held Liable 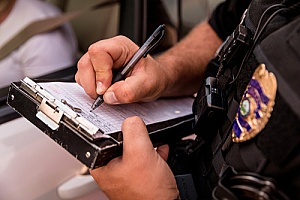 When the use of excessive force is in question, the court will look at the totality of the circumstances to determine whether the officer(s) acted in an objectively reasonable way. Courts can grant police officers qualified immunity, which protects public officials from liability if they were reasonably performing their duties.

If the excessive or unwarranted use of force is confirmed, the court may hold the police officers responsible or rely on the police department to punish the individual by terminating their employment. However, how an officer is treated following an excessive force claim and how it is handled by the department will vary based upon location and other contextual factors.

Speak To A Qualified Attorney

If you believe that you have been a victim of excessive and unwarranted force by police officers, or if you know someone who has, it is important that the affected party speak with an attorney as soon as possible. Navigating the process of holding a police officer accountable for excessive force is not a task that can be undertaken alone; a skilled lawyer will be able to compile evidence in the case and present a compelling argument to the court.

The Brown Firm would be happy to work on your behalf to uphold your civil rights and ensure that you see a fair outcome if you have been a victim of police brutality, excessive force, or other types of misconduct. Reach out to speak with an attorney who can help you plan your next steps and assist you in achieving the most favorable outcome possible.