› Civil Rights › What Is Unlawful Detainment By A Citizen? 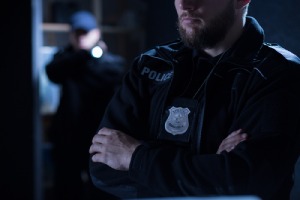 When someone envisions unlawful detainment, they most often imagine a police officer who has taken someone into custody who was not involved in any illegal or suspicious behavior. However, individuals who have fallen victim to a wrongful citizen’s arrest in Virginia may also have been unlawfully detained and have the same rights to legal action as those detained by a police officer. To understand whether you have been unlawfully detained by a citizen, you must first learn how citizen’s arrest works and the laws governing how it is conducted.

What Is Citizen’s Arrest And How Does It Work?

Citizen’s arrest describes the right of any citizen to intercept another individual who is in the process of committing a crime for the purpose of turning that person over to the police. A citizen who is detaining another person must have reasonable first-hand belief that the individual has committed or is currently committing a crime; learning about potentially criminal behavior from someone else is not sufficient.

In general, a citizen’s arrest must also occur in order to detain someone committing a felony; misdemeanor crimes are typically not included within the rights of citizen’s arrest. Some exceptions exist, such as holding a shoplifter until the police arrive. While the person detaining the suspect does not need to read the Miranda rights, they must contact the authorities immediately and inform the suspect of their intentions to detain them.

Can A Citizen’s Arrest Be Unlawful? 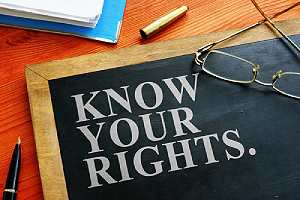 A citizen’s arrest is not intended to perform the same function as an encounter with a police officer, and it is possible that the arrest can be unlawful. If you were detained by someone who used restraints such as handcuffs or zip ties and the court later finds you to be innocent of any wrongdoing, the citizen who detained you can be arrested for false imprisonment.

Similarly, using excessive force or causing injuries to a detained individual is not permitted; this oversteps the bounds of a citizen’s arrest. Individuals who pose a threat to others’ safety and property should be approached by trained police officers. If you were injured or attacked during a citizen’s arrest, even if you tried to defend yourself, the arrest may have been unlawful.

The amount of time that you were detained is also a critical element of the lawfulness of the situation. The general timeframe is considered to be one hour; holding someone for an excessive length of time is not permitted. If you were detained for hours or for more time than was reasonable in the situation, you may have been a victim of unlawful detainment by a citizen.

What To Do After Unlawful Detainment By A Citizen

If you believe that you have been detained unlawfully and that your rights have been violated during a citizen’s arrest, the first thing that you should do is document as much of the situation as you remember. Write down witnesses who may have been present to watch you being detained, and describe the situation and what was said with as much factual accuracy as possible. The longer you wait after the event has occurred, the less clarity and precision you will likely have in your recollection.

If you had to seek medical help or experienced injuries as a result of the unlawful detainment, be sure to keep documentation of these events as well. Descriptions of injuries that are not visible or were treated are important, as are photographs of any remaining injuries as soon as possible after they are received. Keep your medical bills and doctor’s notes for use as evidence during the case.

After you have compiled as much information as you are able, reach out to secure legal representation. An experienced attorney can advocate on your behalf in court and secure a more positive outcome than you may be able to achieve on your own.

Reach Out To An Experienced Legal Representative

Anyone who believes that they may have been a victim of unlawful detainment by a citizen during a citizen’s arrest should contact a lawyer as soon as possible after the incident. The sooner legal action is brought against the offending party, the better the chance that clear evidence and present witnesses will be able to positively impact the case. The Brown Firm would be happy to represent you in court in defense of your rights so that you can secure the compensation and justice that you are owed. Reach out to schedule a consultation with an experienced civil rights attorney who can review your case and offer guidance on what steps to take next.