› Criminal Defense › What Is Unlawful Detainment? 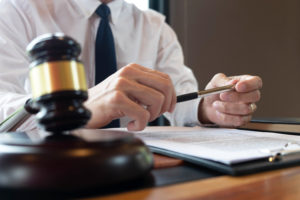 Individuals who suspect that they may have been a victim of unlawful detainment or police brutality may not be sure whether their rights have been violated during an encounter with the police. Law enforcement officers have a duty to protect an individual’s rights, and forcefully detaining someone or holding them without probable cause is not permitted. If you have been detained by an officer who did not have probable cause, you may have been subject to unlawful detainment.

All people are granted the right to protection against unreasonable searches and seizures in accordance with the Fourth Amendment, which is part of the United States Constitution’s Bill of Rights. Unlawful detainment violates the fourth amendment; thus, officers who engage in this behavior are in violation of an individual’s rights and can be held liable and accountable for their actions.

Unlawful detainment is the act of keeping an individual in police custody or preventing them from leaving without probable cause. While a law enforcement officer is within their rights to keep you at a location to ask you reasonable questions and examine the situation, if the officer does not have probable cause that a person was involved in a crime and did not see that individual commit a crime, the officer is not permitted to detain the person.

Restriction Of Individual Without Consent

The reason unlawful detainment violates an individual’s rights is because the Fourth Amendment protects against unreasonable searches and seizures. When police detain someone, they engage in seizure of a person. If that seizure is performed without the individual’s consent or without probable cause, it qualifies as unreasonable and is a violation of the Fourth Amendment. Individuals have the right to consent to police activity, but they are not required to offer consent in all situations when they engage with an officer.

Being Held In Custody Without Probable Cause Or Warrant 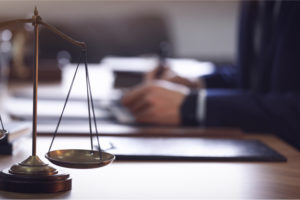 Similarly, if a law enforcement officer takes an individual into custody without a warrant or probable cause that they have committed a crime, they may be guilty of unlawful detainment. An officer must possess evidence that a crime has been committed or be able to present objective indications or circumstances that would lead to the belief that an individual engaged in or is about to engage in illegal activity. Absent this evidence, a police officer is not permitted to detain an individual without allowing them to leave.

When someone believes that they have been unlawfully detained, they have a number of options for pursuing justice and holding the involved officers liable. One of the most important steps to take as soon as possible after the incident is to acquire legal representation; police officers benefit from a legal principle called qualified immunity that can make proceedings against them difficult without an experienced civil rights attorney to assist in the case.

For minor offenses, the affected party may elect to submit a complaint against the law enforcement officer involved. This complaint is typically directed at the officer’s employer and police department, which may take disciplinary action against the officer at its own discretion. This can include being suspended or fired from the position.

Make Sure To Submit Exclusionary Motion

If an individual has been unlawfully detained, this cannot be used against them in a court of law. To ensure that they are protected, the victim can elect to file an exclusionary motion, which protects any information gained during an unlawful detainment from being used as evidence. Many times, prosecutors will drop the case if an exclusionary motion is granted.

Some individuals may choose to file a lawsuit in their case of unlawful detainment. A lawsuit can serve multiple purposes: it can demand an injunction, or it can seek damages. An injunction forces the officer’s police department or the local government to take action as a result of the case, such as by changing policies or firing the offending officer. Monetary damages may be secured if the detainee was prevented from earning income or suffered damage to their reputation as a result of the unlawful detainment.

Reach Out To A Northern Virginia Civil Rights Attorney 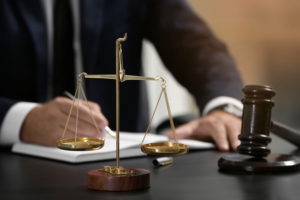 If you believe that you have been a victim of unlawful detainment, the first step that you should take is to partner with an experienced Northern Virginia civil rights attorney who can advocate on your behalf. The skilled lawyers at The Brown Firm would be happy to defend your rights in court in cases of unlawful detainment. Reach out to schedule a consultation and speak with an attorney who has years of experience handling civil rights cases.