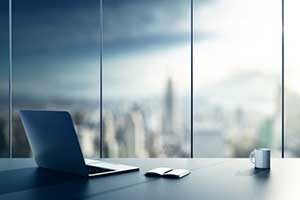 Some employees are under the misconception that if they live in an at-will state, federal and state employment laws such as anti-discrimination do not apply to them. At-will employment refers to contractual relationships in which an employee can be dismissed by any employer for any reason and without warning. However, the reason must be lawful. Employers who dismiss employees for unlawful reasons such as discrimination can face liability for their actions.

Myth: All Workers Over a Certain Age are Protected

Age discrimination is a common problem in the workplace. However, many older employees believe that they are protected by the Age Discrimination in Employment Act (ADEA) of 1967. This act protects certain job applicants and employees who are 40 years of age or older from discrimination based on age in hiring, discharge, promotion, compensation, privileges, or terms and conditions of employment. The ADEA only protects some employees who are eligible under certain guidelines. ‘Covered’ employees include those with a private employer who has 20 or more employees at least 20 weeks of the year.

Myth: It’s Not Discrimination If It’s Against Someone of the Same National Origin

Myth: Discrimination Laws Are for Women and Minorities

Myth: An Official Complaint Must Be Made Before Anything Can Be Done

If an employer or member of management tells you that an official complaint must be made before they can do anything regarding your complaint, this response is not sufficient. When it comes to employment law, there is no such thing as an “unofficial” complaint from an employee. Even if management receives a confidential or anonymous report, hears a rumor that is going around the workplace, or has any reason to suspect that something is amiss, it’s their responsibility to look into it. Failure to look into discrimination complaints can result in legal liability.

Myth: An Employer Can Require an Employee to Speak Only English at Work

If you speak a language other than English, you are under no obligation to only speak English in the workplace. The only exception to this rule is if speaking English is a necessity due to safety reasons or similar circumstances. In the United States, one in 10 working adults has limited proficiency in the English language. It’s considered discrimination to force these individuals to only speak English for an unlawful reason.

Myth: You Shouldn’t Complain to HR About Workplace Discrimination

You may be hesitant to bring your discrimination complaint to human resources or the higher-ups in fear of retaliation. While it’s true that retaliation is a possible outcome, bringing your complaint to management and the HR department can actually help your case. If you are serious about pursuing a discrimination case against your employer, notifying Human Resources of the problem can lead to an effective outcome in many cases. By talking to HR, you may also have the opportunity to be promoted or transferred to a new department.

Myth: Women Earn Less Due to the Industries They Work In

There is a belief that women earn less than men because most are in occupations that naturally pay less. For example, there are a larger percentage of men in high-paying careers like engineering. While there is certainly truth to this belief, it doesn’t tell the whole story. There continues to be a pay gap between men and women in nearly all industries. It was found that female financial specialists make 66 percent of what male financial specialists make.

Myth: Employees Have Little Power When It Comes to Discrimination

If you have been discriminated in the workplace due to your age, gender, religion, national origin, or other discriminatory factor, you do have power. Workplace discrimination is illegal and if it is happening to you, it’s important that you do something about it. Start by reporting your complaint to a manager or to HR. If the higher-ups refuse to do anything, file a complaint with the local, state, or federal government. You can also gain more power, credibility, and support when you work alongside your colleagues to air your complaint.