› Employment Law › Understanding the Meaning of “At Will” Employment 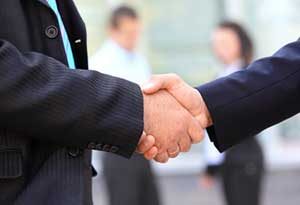 In the United States, at-will employment means that an employee can be terminated at any time, for any reason, and without warning. As an employee at will, you are also free to leave the company at any time without notice. This labor law is recognized in all states and refers to contractual relationships between employers and employees. At-will employment has grown increasingly popular in recent years with approximately 70 percent of American workers falling into the category of ‘at-will employees’. While there are some downsides, at-will employment offers both parties a great deal of flexibility.

Are You An Employee At-Will?

The law typically presumes that you are an at-will employee unless you prove otherwise. There are several ways that you can determine whether or not you’re an employee at-will according to written documents or oral statements made by your employer. When trying to determine where you stand, look at any written policies, handbooks, applications, and job evaluation documents provided by your employer. You may have unknowingly signed a document at the start of your employment stating that you are an at-will employee. However, if you signed an employment contract that assures job security with the exception of illegal stipulations, you are not employed at-will.

What Are Your Rights as an At-Will Employee?

Are There Exceptions to Employment At-Will?

Many employees feel like they have no rights when it comes to at-will employment and issues like wrongful termination. However, there are three common legal exceptions including public policy, implied contracts, and implied covenant of good faith and fair dealing. Public policy is the most widely-known law exception in an at-will employment agreement. Under this law, employees are protected against adverse employment actions that may violate public interest. In the U.S. only eight states do not recognize public policy, including Alabama, Florida, Maine, Louisiana, New York, Rhode Island, Georgia, and Nebraska. 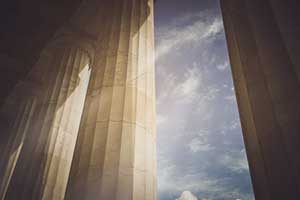 Another exception is known as the implied contract exception. Under this law, employers are prohibited from terminating an employee when there has been an implied contract created. Under this law, it doesn’t matter whether or not a legal document has been drawn up, as proving the validity of such documents isn’t always easy. An example of an implied employment contract includes an employer providing a policy book that states that employees are not at-will and will only be terminated for good cause, such as committing a crime.

Finally, the last exception of at-will employment is known as implied covenant of good faith and fair dealing. This general presumption indicates that the employer and employee deal with one another in a fair and honest way, as not to destroy the rights of the other party for their own benefit. Under this law, an employer cannot fire a person in order to avoid certain employee responsibilities, such as paying for retirement, healthcare, or commission-based work. This exception is currently only recognized by 11 states and has been interpreted to mean either that the personal decisions of the employer are affected by a “just cause” standard or that firing is made in bad faith are prohibited.

Many employees are under the misconception that they must sign an at-will agreement. However, an employer may refuse to hire you or fire you for refusing to do so. Job applicants and new employees are often asked to sign a written statement agreeing to at-will employment to protect their right to fire at will. You may find such a statement in your employment application, contract, or offer letter. An employer may also state an at-will arrangement orally.

Was I Wrongfully Terminated?

If you have been fired from your job, you may be wondering if your firing applies to wrongful termination. Wrongful termination, also referred to as wrongful dismissal or discharge, describes the unlawful termination of an employee’s contract by an employer. In this situation, the firing breaches one or more contract terms. In addition to the three exceptions mentioned, an employee cannot be terminated for illegal reasons, such as discrimination. Employers are also prohibited from retaliating against employees who have engaged in legally-protected activities, such as filing a complaint with the Equal Employment Opportunity Commission (EEOC).

If you are convinced that your employer is guilty of wrongful termination, you must prove why and how. Begin by asking your employer why he or she fired you. If possible, get the reasons in writing. You can also ask to see your personnel file. While your employer legally doesn’t have to give it to you, having this information can be useful. Review the exceptions to at-will employment to determine if your case falls into any of these policies. If your company has an employee handbook, take the time to study the guidelines relating to employee termination. While dealing with your case, try to seek new employment elsewhere.

Most employees in America work at-will. While this arrangement can be beneficial for both employers and employees, it does come with its fair share of complications. If you have at-will employment and have been recently terminated, you may have reason to believe that your company has committed wrongful termination. If you have proof of wrongful termination, you may be able to seek damages for your lost wages.

Being without a job in today’s economy can be tough, especially if you have been wrongly terminated. If you believe that you were fired without cause or have been retaliated against, contact an experienced employment attorney.