› Employment Law › I Signed a Non-Compete Agreement: Can I Work for a Competitor? 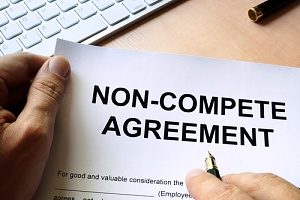 You’re looking for a new job in the same industry you’ve been working in. But if you’re thinking “I signed an employee non compete agreement: can I work for a competitor?” then you probably have a lot of questions about how to proceed. The short answer to your question is, it depends. We’ll take you through the basics of non-compete agreements, as well as your options as a Virginia resident if you’ve signed a non-compete agreement.

Non-Compete Agreement: What is It?

Non-compete agreements are usually legally binding. However, if you already signed an agreement, you may still consult an attorney to guide you through the document, so you can get a clear understanding of what you signed.

Before you sign a contract not to compete, you should consult an employment law attorney to make sure the agreement is fair and has your interests in mind. If you already signed a non-compete agreement without consulting a professional, keep reading to learn what this may mean for you.

Why Do Some Employers Request a Non-Compete Agreement?

Restriction 1: The Interests are Unreasonable 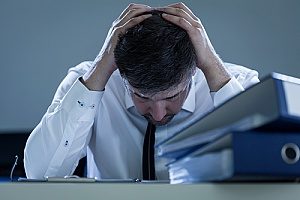 If the terms within the employee non compete agreement are found to be in any way cruel, particularly if it disables you to earn a living outside of reasonable terms, the contract will be considered null and void.

Usually non-compete agreements won’t be held as binding if they prove to be harmful, physically, financially or otherwise.

Getting Out of an Employee Non-Compete Agreement

Non-compete agreements usually put the employer’s interests first and aren’t always favorable for the signee once they decide to leave and pursue employment elsewhere. If you’re looking to get out of your non-compete clause, there are a few ways you may be able to get out of it.

Is your new position multiple states away or in a different industry than your last position? If so, your ability to prove that the new position isn’t a threat to your last employer may be your ticket to getting out of your clause.

Were you fired from your last position without reason given? Or perhaps you left the job voluntarily due to misconduct on the part of your employer or the staff. If so, this could be yet another way you could free yourself of the non-compete clause.

Finding Employment Under a Non-Compete Agreement

If you find yourself unable to get out of a non-compete agreement for whatever reason, the best thing to do is to stay within the terms and find employment that won’t break the clause. If you violate any of the terms and your previous employer catches wind of it, it could mean serious legal trouble for you.

Once you get hired at your new position, inform your new employer of your non-compete clause and provide them a copy, so they’re made aware. This way, you and your new employer can work together to make sure you’re staying within your promise while still performing your duties at your new place of employment as best you can.

Now that you have an idea of just what goes into a non-compete clause, your next step should be to find an employment law attorney that can go through all your options. Contact Brown Firm for help with understanding your non-compete agreement rights and provide options for how you can proceed.