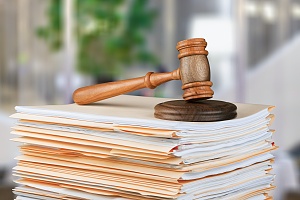 If you are employed in the Commonwealth of Virginia and have signed a contract with your employer containing a non-compete clause, there are legal consequences you may face if you violate that agreement. You should be aware of how this potentially affects you in the event that you decide to switch jobs or are terminated. Our law office can help you evaluate, understand, and effectively navigate these situations, whether you work for a defense contractor in Alexandria, a non-profit in Fairfax, or a consultant in Charlottesville. Understanding Virginia non-compete laws can help you to stay inline with any contracts you may have, or will sign at a company.

A non-compete agreement (or a covenant not to compete as it is sometimes called), is an agreement between two parties, usually employer and employee, that the employee will not enter into or start a similar trade or profession in competition with the other party. Employers often use such clauses to make sure that when they share ideas, trade secrets, and business practices with their employees, partners, and contractors, those individuals won’t simply use the valuable information they learned to start their own businesses and effectively become the competition.

Enforcing a non-compete agreement in court requires the burden being placed on the employer to show its validity. Courts assess a number of factors in evaluating the legality of a non-compete agreement, such as whether reasonable limitations in geography and time are placed on the worker or if the limitations are “greater than is necessary to protect the employer’s legitimate business interest.” Generally, for the application of the three-prong test, courts are looking at whether the employer is overreaching by using a non-compete clause that is so overly broad or ambiguous that it’s difficult to determine its reach. 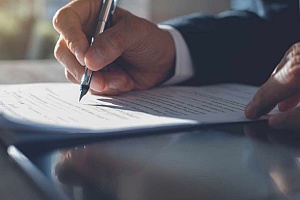 On the other hand, are likely to confirm the validity of a non-compete clause that uses clear, precise language to establish effective restrictions that are relevant to legitimate business necessities. Finally, some information is considered so crucial that courts will almost always validate covenants prohibiting their disclosure by former employees. This critical information includes consumer lists, technological projects, exact market shares, and plans for market expansion.

In order for an employer to recover for an employee’s violation of a non-compete agreement, they must establish proof of harm. For example, actual (monetary) damage can be shown and proven by referring to instances of “successful competition.” This is simply competition from a former employee that results in injury for the employer. If an employer successfully proves a breach of a valid non-compete agreement and demonstrates actual injury, he or she may recover damages as they were set out in the covenant, which often includes provisions of liquidated (double) damage.

However, the reality of the situation is considerably more complicated than it may sound. Even if your employer made you sign a ridiculously overbroad non-compete agreement that a court will surely rule invalid, they can still sue you for the sake of attempting to enforce it, leaving you forced to litigate against the claim. For you to get to the point where a judge or jury says you are free from being under the agreement in question, you may have to spend thousands of dollars in litigation costs that you might not be able to recover, should you able to make it that far. In summation, even an invalid non-compete agreement can cause a detriment to your financial health and job prospects. 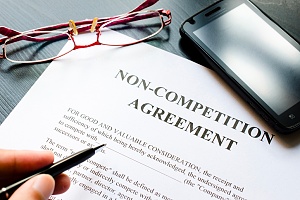 If you are employed in Virginia and have signed a non-compete agreement or are considering an agreement of non-competition, you should have the counsel of a qualified attorney. Our firm has extensive experience in working with clients on the issue of Virginia non-compete laws. Contact The Brown Firm PLLC by phone at 703.828.0900 or by sending us a message online for a legal consultation. We can help you understand your best options moving forward.